Paragon Go Virtual is a brand new software from the popular Paragon Software Group, that lets users migrate a physical computer into a virtual environment. The software allows the user to convert a physical system running a Windows operating system later than Windows 2000, with all application, settings and user files intact, into a virtual system.

The virtual machine created can then by loaded into any of the supported virtualization software – Microsoft Virtual PC, VMware Workstation/Fusion/Player and Oracle VirtualBox. 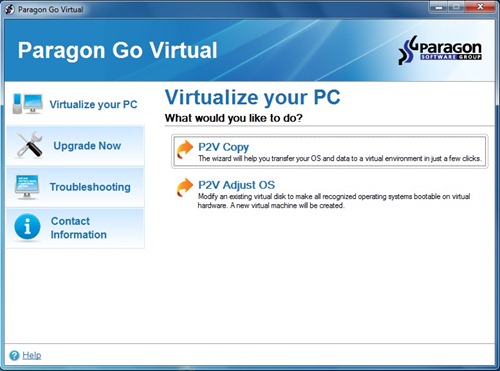 Paragon Go Virtual also lets you adjust settings of a virtual system that fails to boot because of unsuccessful virtualization using other tools, like the built in virtual disk creation utility of Widows Vista/7.

Using the “P2V Adjust OS” wizard, you can patch Windows OS inside a .vhd backup image according to the specified virtualization vendor to let you start up and work with your Windows on virtual hardware. 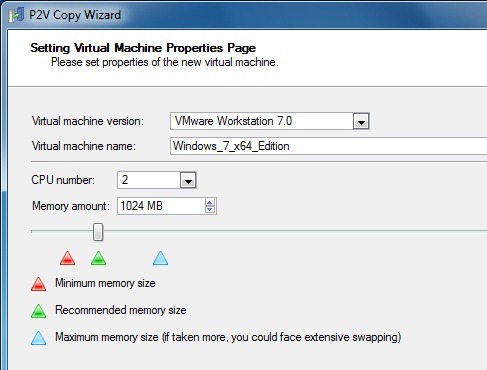 Paragon Go Virtual is free for non-commercial use.