Google just debuted a brilliant new feature called Priority Inbox aimed at providing users a way to tackle email overload by automatically sorting important emails for them. Priority Inbox, which the company announced yesterday and rolled out for users just a few hours ago, is actually godsend for those who gets inundated with hundreds of mails each day. 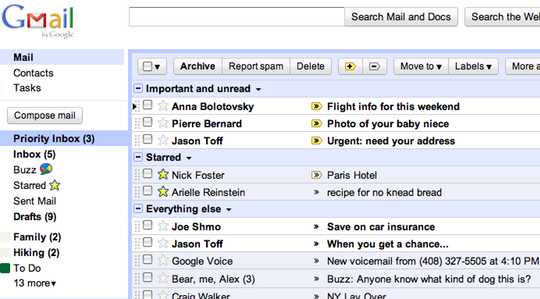 Gmail’s Priority Inbox filters the emails that are most important to you and places them into a separate window for quick attention. Once activated, Priority Inbox splits your Gmail inbox into three sections: important messages, starred messages and everything else. The system automatically learns which messages are most likely to be important to you and places them at the top of your email queue. The user has the ability to mark messages as important or unimportant as they come and hopefully, Priority Inbox’s artificial intelligence will pick up on the user’s habit and refine it’s ability to determine emails which you perceive as important with better accuracy. 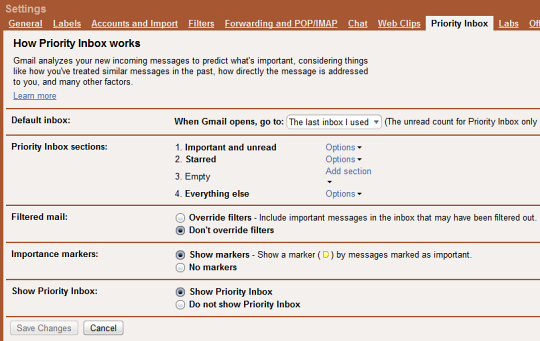 Google allows users to extensively customize Priority Inbox. You can change how many messages you see per section, and even add your own section. You can also choose to turn Priority Inbox off, but I wouldn’t recommend that because your regular inbox is available at all time. If at any time you feel, the Priority Inbox is not working for you can just switch to the regular inbox.

Priority Inbox will be rolling out to all Gmail users and users of Google Apps over the next few days.