The Interactive menu to ribbon guide is a new series of guides from Microsoft that is designed to help customers upgrading from Office 2003 or earlier to Office 2010, to get familiarized with the new Office interface. The guide, which is built on Silverlight and runs from a browser, displays a mock GUI of the Office 2003 suite of applications. To locate a command or action in the new ribbon interface, the user clicks on the command in the imitation Office 2003 interface and the guide shows the user where that particular command or action is on Office 2010. 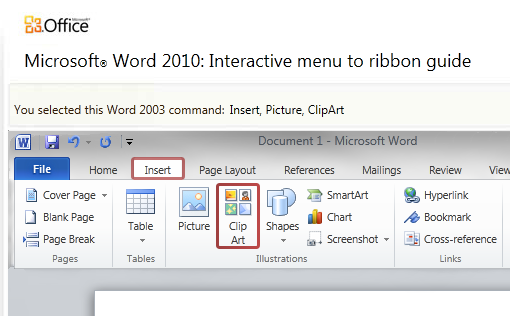