The scorewriter industry has been largely dominated by propitiatory software. It was only during the later part of this decade that free music notation software with proper GUI (remember, musicians are artists not geeks) began appearing. So if you are an amateur musician who don’t want to invest on a commercial software yet, checkout these free options.

1. MuseScore is free, open source and cross platform, and features a WYSIWYG music notation editor. The program has a clean user interface, with fast note editing input similar to the step-time note entry found in the popular commercial score writing software packages, such as Finale and Sibelius. 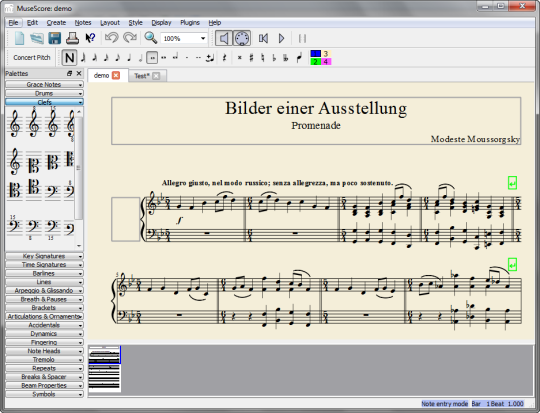 MuseScore support score playback and is able to import and export from many different music formats, including MIDI and MusicXML, as well as the importing of files from the commercial music arranging software, Band-in-a-Box. Percussion notation is also supported. It is able to produce engraved output as a PDF, SVG or PNG document. Notes can be printed out on paper too.

2. Denemo is an open source music notation program for Linux and Windows that lets you rapidly enter notation for typesetting via the LilyPond music engraver. Music can be typed in using the Keyboard, or played in via MIDI controller, or input acoustically into a microphone plugged into your computer’s soundcard.

Denemo itself does not engrave the music for printout – it uses LilyPond which generates beautiful sheet music to the highest publishing standards. Denemo just displays the staffs in a slim and efficient way, so you can enter and edit the music efficiently.

This program includes scripts to run music tests and practice exercises for educational purposes. This program plays back via an Internal Sampler and can act as a JACK/MIDI client.

Denemo can output entire scores and excerpts in a number of formats, including LilyPond files (.ly), PDF, MIDI, and PNG graphic files.

3. Impro-Visor is an open source, cross platform, music notation program for creating a playing sheet music, designed to help jazz musicians compose and hear solos similar to ones that might be improvised. Later versions of the software however, have a wider array of accompaniment styles and not limited to jazz. 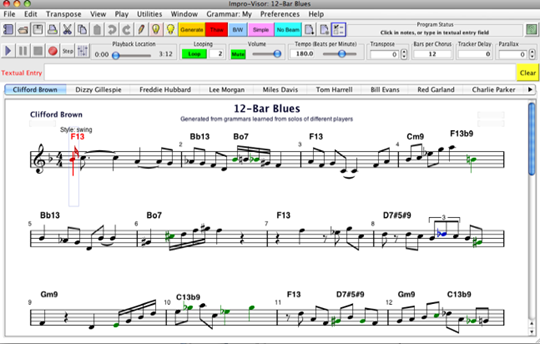 The philosophy of Impro-Visor is to provide a tool to help musicians construct jazz solos over chord progressions. It includes a database capability for creating, saving, and recalling licks, as well as a lick generation capability based on a user-modifiable grammar. More recent versions of Impro-Visor include auto-generated playback accompaniment in various styles, and a style extraction (from MIDI) capability. Most musical knowledge, including lick generation, database, lead sheets, styles, and other information, is represented as text files, permitting the tool to be customized. 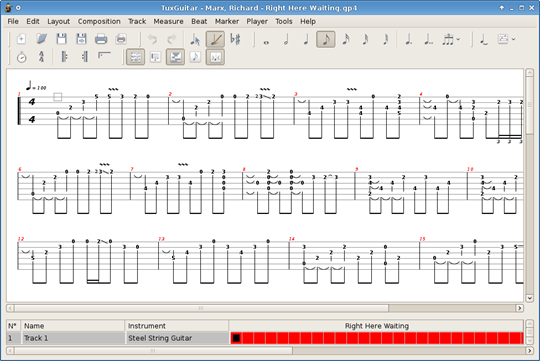 TuxGuitar is written in Java and available for Windows, Linux, Mac and FreeBSD.

5. Power Tab Editor is a free tablature authoring tool for the Windows that is intended to be used to create guitar sheet music, more commonly known to musicians as guitar tablature and bass tablature. The program provides the most commonly used symbols in tablature, including chord names, chord diagrams, rhythm slashes, bends, slides, hammer-ons/pull-offs, harmonics and palm muting. The program also allows for standard musical notation to be created alongside tablature scores.

The Power Tab Editor is able to import MIDI tracks, and can export to ASCII Text, HTML, and MIDI formats. In addition, individual sections may be exported as bitmap files.

6. TablEdit Tablature Editor is a computer program that allows musicians to create, edit, print and listen to tablature and sheet music (standard notation) for guitar and other fretted, stringed instruments, including mandolin and bass guitar. TablEdit Tablature Editor supports both standard notations and tablature. The program also shows you the piano keys, which makes it an excellent learning tool. 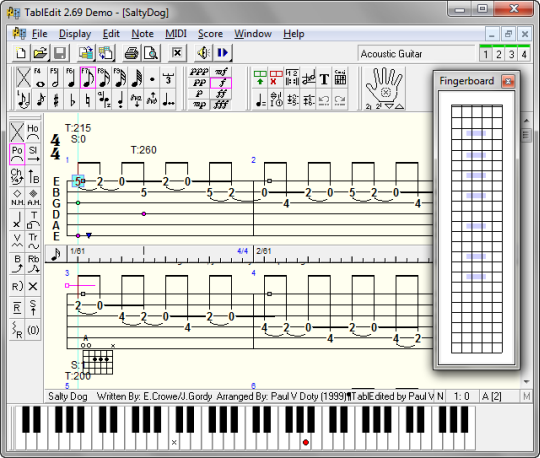 TablEdit can import ASCII tab, MIDI files, Abc notation, MusicXML, Bucket O’ Tab, TabRite, and Wayne Cripps files. Files can be saved in TablEdit format or exported to ASCII tab, HTML, ABC, RTF, MIDI or WAV formats or pasted in to most graphics programs to be saved as JPG, GIF, PNG and most other image formats.

One of the best thing about TablEdit is that its interface is extremely customizable, you can drag and drop toolbars out of the main window or drag them from the top to the bottom or to the sides. You can combine multiple toolbars into one.

TablEdit is a shareware product that runs on Windows, Macintosh, and Windows Mobile (PocketPC).