Canonical recently demonstrated a system which detects user movements through a web cam and uses it to interact with programs running on the computer. While this not a new concept, what makes it exciting is that if the idea is developed well enough we could see it implemented in future releases of Ubuntu.

“During a small exploration we did internally few months ago, we thought about how Ubuntu could behave if it was more aware of its physical context. Not only detecting the tilt of the device (like iPhone apps) but also analysing the user’s presence.”, writes Christian Giordano of Canonical’s design team.

The team has come up with a few scenarios, although they are yet to be developed and specified. 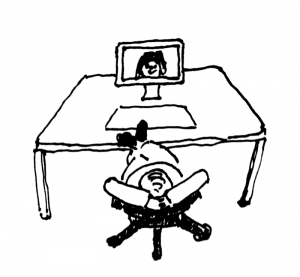 If the user moves further from the screen while a video is playing on the focused window, the video will go automatically to fullscreen. 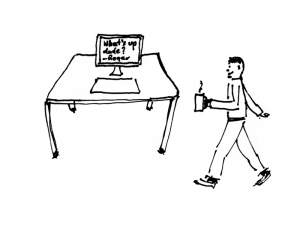 If the user is not in front of the screen, the notifications could be shown at fullscreen so the user can still read them from a different location.

Since this is the year of 3D screens, we couldn’t omit a parallax effect with the windows. A gesture of the user could also trigger the launcher appearance.

Using Processing Christian Giordano quickly created a mock up demonstrating all the above mentioned scenarios. All the content that you see in the prototype are part of the Processing applet. There is no interaction at OS level.