Over the last few years the browser has become the predominant application on your computer – it’s importance has started to eclipse the operating system itself. Many people feel that the browser is going to completely replace the operating system in the future. At the spearhead of this revolution has to be Google with their enthusiastic Google Chrome based Chromium OS which is slowly taking shape.

A few months ago, reports began circulating the web about a new feature in the upcoming Chrome OS called "chromoting" – essentially derived from a mash-up of "Chrome" and "remoting". A Google software engineer, Gary Kacmarcík, confirmed the existence of chromoting in a Google Group discussion. Gary Kacmarcík explained that Chromoting will allow users to run legacy PC applications right within the browser, something like Microsoft’s Remote Desktop Connection. 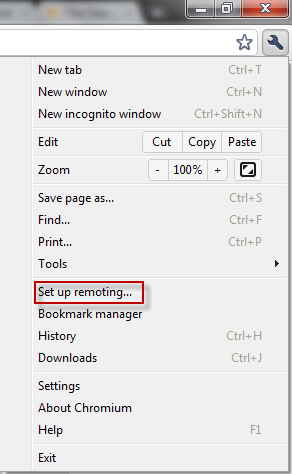 While this was all supposed to be for Chrome OS, the Google’s Chromium engineering team has now pushed this feature into the latest build of the Chrome browser. The feature is currently available in the latest Chrome Canary build and appears under the “about:labs” section, which was introduced recently to Google Chrome as a way of testing experimental features.

After you enable Remoting and restart the browser you’ll see a new entry in the Wrench menu called "Set Up Remoting." Clicking on the entry will open a pop-up window asking for your Google account credentials. 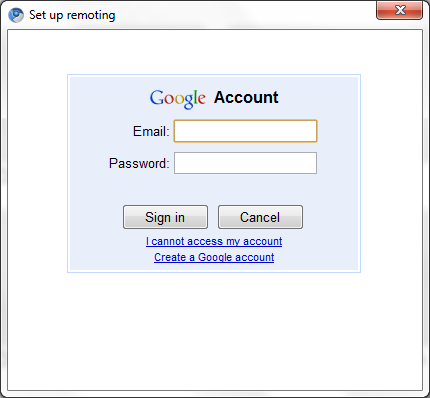 For now, this doesn’t lead to anywhere. At this point it is unsure whether this is going to be a full-fledged browser option or if they are just testing to see if it works in Chromium. For some reason, Google is not willing to talk about this feature publicly too much.

[via The Chrome Source]