Videos that have captions are marked with a red colored button that reads CC. Captions can be turned on and off by clicking on this button. Translation options and other captions settings can be accessed from the same button. 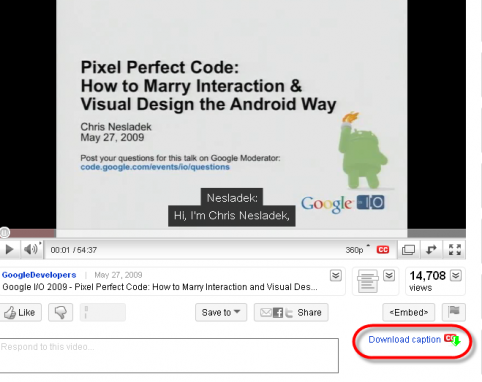 Click this link to download the caption as an SRT file. SRT is a subtitle file format which you can play along with the downloaded video on any subtitle supporting video player like VLC media player, GOMPlayer etc.

YouTube Caption Downloader works fine with videos that has a single caption. But when a video contains multiple captions in multiple languages, the downloader will download the caption file of only the first language. 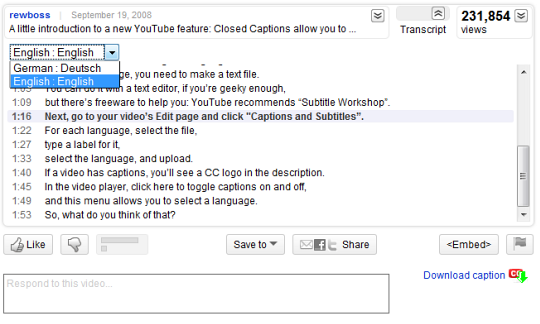 In the example shown above, YouTube Caption Downloader downloaded the German caption file because it is the first language that occurs in the drop down list, even though the selected caption for the video was English.

This is a known bug. The developer promises to take care of this issue in later releases.