My beloved and the world’s best feed reader has just seen a new update after a long hiatus. The project’s sole developer, Nick Bradbury, announced the availability of FeedDemon 3.5 pre release yesterday. The new version came with several bug fixes, as usual, and some new features that are worth checking out.

One of the significant changes in FeedDeome 3.5 is that Watches can now be limited to specific folders. Previously, it was impossible to create separate Watches targeting specific feeds. I used to work around this problem by excluding feeds from Watches, but it wasn’t a good fix. Now I can create individual watches for each feed. 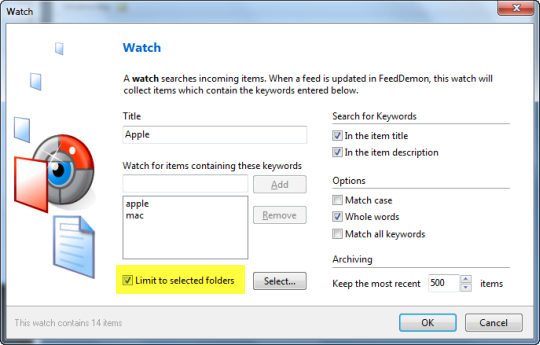 Watches now also show feed items from yesterday and tomorrow, which enables easy viewing of all items published on these two days. There is another improvement in the Watche section: watched keywords now appear highlighted in different background color to distinguish between multiple watch keywords.

FeedDemon 3.5 also introduces a new Time Cards display view in the Newspaper mode which looks like this: 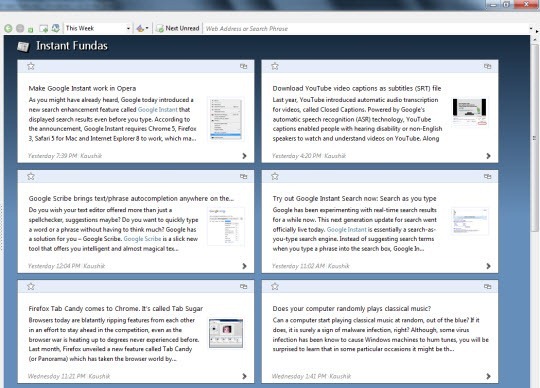 Time Cards will work on only those machines that have Internet Explorer 8 installed.

The other important change is the support for OAuth for Twitter feeds which improves security.

There are numerous other improvements like the ability to search only the posts displayed in the newspaper, search on Facebook from within FeedDemon, significantly faster response when syncing with Google Reader, and of course, a minor redesign of newspaper view and reports, as well as the subscription home.

One feature I miss however, is the Styles. Previously, there are about 6 different view styles available. Now there are only two – Surfer and Time Cards. Nick says that more styles are likely to be added before the final release of v3.5.