What are MOD (and TOD) files?

The codec type, data rates, frame rate and frame size of these formats closely match parameters of MPEG based DVD-video. Hence, MOD video can be viewed on a player that is capable of playing MPEG-2 video. This video can also be authored for watching on a DVD player without recompression, because it is fully compliant with DVD-video standard.

TOD format, on the other hand, cannot be directly played on video player. These files need to re-encoded to video format that is supported by video players. 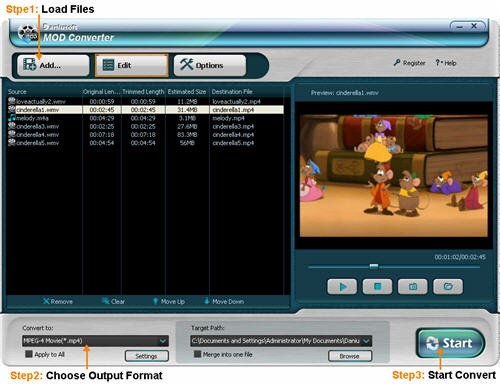 Daniusoft MOD Converter is priced at $30. But starting Oct 23 till Nov 10, the software is offered for free download from their Facebook page. All you have to do is click the Facebook Like button on the page and get a free license key.