On October 12, a new version of Unicode was released by the Unicode Consortium, the nonprofit organization that coordinates and oversees the development of the Unicode standard. Version 6.0.0 of the industry standard is also the first to be released solely online.

The new standard brings many changes, including the addition of 2,088 new characters, to be precise, new properties and data files, some corrections for existing characters, and some text changes in the standard itself.

Out of the two thousand plus new characters, nearly 1,000 of them are pictorials – chief among them are the so-called “emoji”. Similar to emoticons, emojis originated in Japanese mobile phone communications, and have grown across East Asia. The set of Emoji included in Unicode 6 were taken from sets in use by the three most popular mobile phone carriers in Japan. Over 600 emojis, emoticons and cat faces could be found in Unicode 6. The rest of pictorials include about 70 transport and map symbols, playing card symbols and an uncountable number of various symbols, from the cute to the bizarre.

It will take at least a few months before new keyboards begin supporting these characters. Meanwhile, take a glimpse of what is to come. 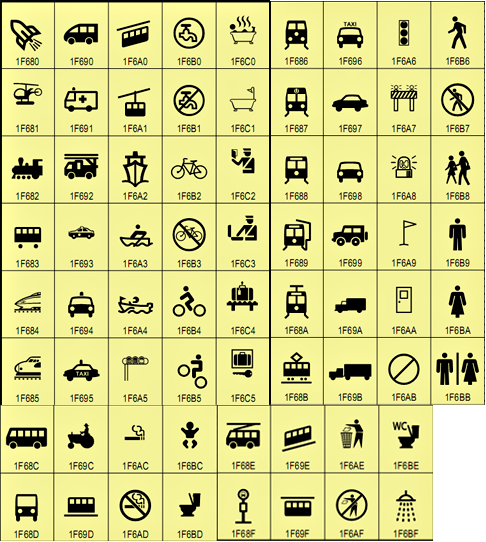 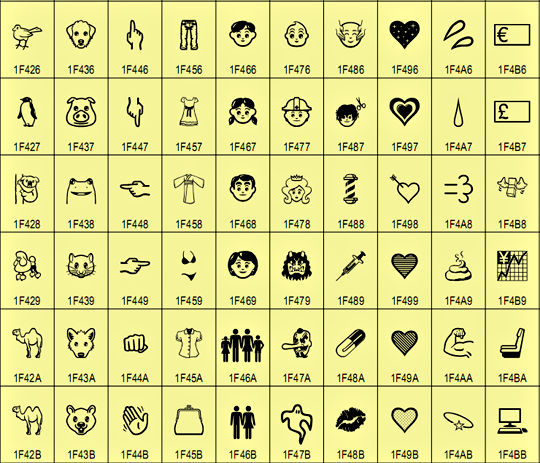 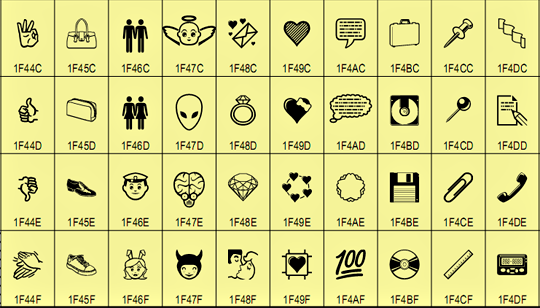