Although web based office apps like Google Docs and Zoho are a great way to keep your documents synchronized and access them from any computer, compared to desktop office suites like Microsoft Office or Open Office and it’s many variants, these web based apps always fall short on features. Hence, some people prefer to use a more matured, desktop office software to create and edit documents and then upload them to an online office program. This way they get the best of both worlds.

In this article we will see how we can integrate these web applications into our favorite office suites, to make uploading, downloading or syncing easier. 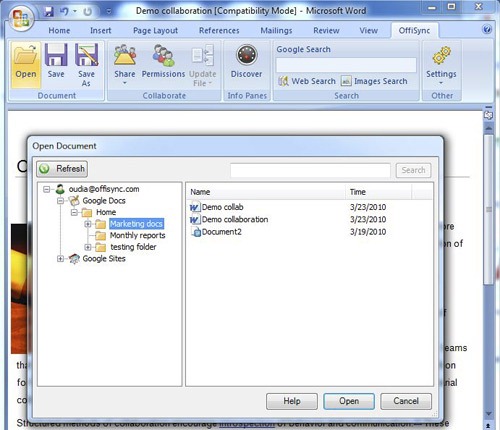 But that’s not all. OffiSync tracks, manages and syncs all changes made by collaborators to merge them correctly into one updated version of the document. With OffiSync you can work on a document while others do the same and see their changes appearing in real time. 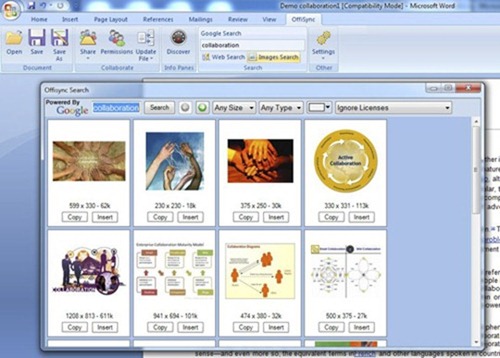 OffiSync also integrates with Google Search and image search into Microsoft Office. Need to embed an image into the document? Find them using Google Image search right from the toolbar.

Like OffiSync, Zoho Plug-in for Microsoft Office enables users to work offline on their documents and spreadsheets with Microsoft Word/Excel and have these changes reflected directly in their Zoho account (Writer/Sheet), online.

The Zoho plugin enables users to create, edit and save their documents and spreadsheets directly to Zoho Writer/Sheet from within Microsoft Word/Excel. Users can also open and edit their existing Zoho documents in Microsoft Office and save the edited document back to their Zoho account.

If you use OpenOffice or the now defunct StarOffice, you don’t have to install two separate plug-ins – OOo2GD will handle both. Additionally, it will also upload files to WebDAV servers.

OOo2GD is very basic – no fancy sharing features like the kind you get from OffiSync. It simply lets you export, update and import your documents to and from Google Docs, Zoho and WebDAV servers. 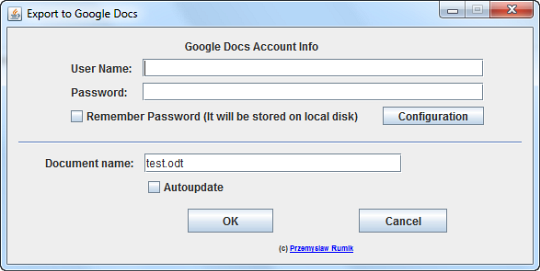 With OOo2GD you may export to Google Docs, Zoho and WebDAV servers:

OOo2GD’s plus point is that it’s platform independent. Like OpenOffice, OOo2GD can be installed on both Windows and Linux.

Ooo2gd works with OpenOffice.org 2.0.4+ or StarOffice 8+ and requires Java 5 SE or newer. If you don’t know how to install extension on OpenOffice, there is handy guide on their website.