Climbing Mount Everest is recognized as one of the greatest human feats and test of endurance, yet until now those who have successfully reached the summit could share their news of achievement using only bulky and expensive satellite phone. This is going to change with the installation of a permanent 3G base station in the vicinity of the world’s highest mountain peak by Ncell, a subsidiary of Swedish phone company TeliaSonera. 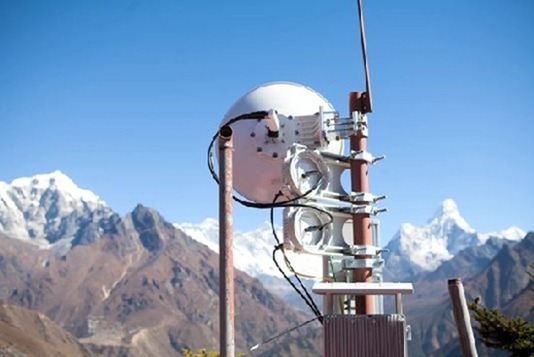 From now on climbers who reach Mount Everest’s peak can make standard GSM phone calls, video calls and even access Internet and share their news with the world.

Ncell has set up a total of eight base stations in the Everest region, including a 3G base station at an altitude of 17,388 feet near Gorakshep village, the area from where climbers begin the actual climb to Mount Everest. The coverage reaches all the way to the top at 29,035 feet.

To test out the new installation, a successful video call, the highest in the world, was made from Mount Everest base camp.

Previously climbers were depended on expensive and erratic satellite phone coverage and a voice-only network set up by China Mobile in 2007 on the Chinese side of the mountain. The network was erratic and often didn’t work for days. This will be replaced with the new 3G service, making it possible for all climbers to keep in touch with their organizers and family. The installation will help tens of thousands of tourists and trekkers who visit the Everest region every year.