EditShare, the company behind the Academy and Emmy award-winning video editing software Lightworks announced plans to release its product under an open source license. Lightworks is a professional video editor used in the production of several movies like Shutter Island, Revolutionary Road, The Aviator, The Departed, Hitchhiker’s Guide to the Galaxy, Pulp Fiction, LA Confidential, Mission Impossible and many more. This is huge news for the video industry, particularly independent film makers and small studios. 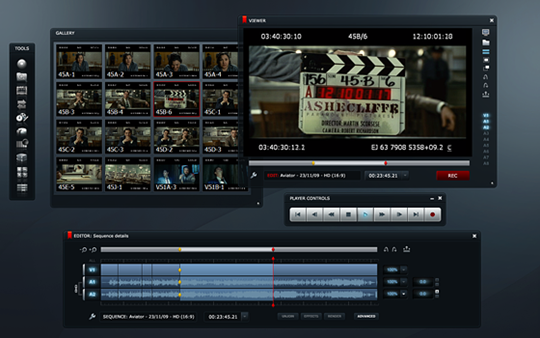 Lightworks is packed with a tons of features, quite naturally given its Hollywood connections, including 3D editorial functionality, advanced real time effects, 2K native support with DPX or RED, and multi-camera editing features. With EditShare’s Universal Media Files, Lightworks offers interoperability with other video editors like Avid and Final Cut Pro. The full list of features is available here.

According to a statement issued by James Richings, Co-Managing Director, EditShare EMEA, the company is releasing the software under an open source license so it can reach its "full potential." Opening up the source will give developers the chance of creating plugins, options, or I/O devices. EditShare will manage these contributions to ensure reliability of Lightworks Open Source. EditShare will also open an online market place through which developers can sells their creations.

Lightworks Open Source is expected to be made available in Q3 of this year. You can sign up to be notified when it’s released.