After almost a year since the last release, the ReactOS team announced the availability of version 0.3.12 of the open source operating system. The new release has been termed as “huge” for the team, not just with regards to the number of improvements which this release holds but in terms of the leap forward architecturally, stability wise and in bringing some of the more modern aspects of the NT kernel into ReactOS.

It’s been almost a year since the last release and whilst this is understandably excessive, it was required to stabilize the OS due to the nature of the work which was undertaken. Focus at the start of this release was on a single area, the trap handler mechanism, which resulted in a complete rewrite of this area. This brought with it the need for more changes which escalated into many areas getting an overhaul and many new technologies being developed and brought into the core. What resulted from this was a vastly more modern kernel containing code which had been exercised significantly less than the code it replaced. This triggered a large testing phase to bring the stability and compatibility to levels above that of the previous code.

For those who haven’t heard, ReactOS is a free and open-source operating system based on the Windows NT architecture intended to be binary compatible with application software and device drivers made for Microsoft Windows NT, XP and later. In other words, it is an alternative to Windows which is free and can run the same applications that run on Windows. At least, that is the mission objective.

Currently about 700 Windows applications are supported, with varying degree of stability, on ReactOS. These include applications such as Firefox, Opera, Visual Studio, WinZip, Photoshop, Corel Draw, GOMPlayer, and games like Quake 3, Unreal Tournament, and Flight Simulator 2004. 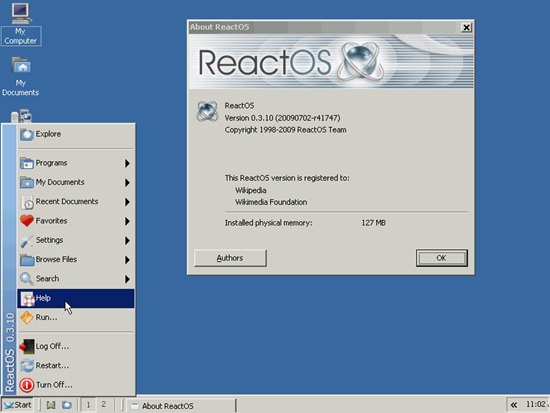 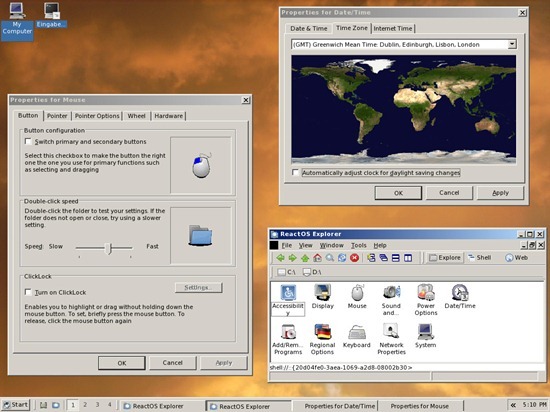 The demand for an open source Windows-compatible operating system is huge. Unfortunately for ReactOS, the development has been slow – even after 11 years, the ReactOS project is still in alpha.

Aleksey Bragin, the project coordinator, himself expressed doubt about the future of the project in an article published in January 2010.

Time goes by, new versions of Windows operating systems are being released. ReactOS usability still has not reached any significant value. Not to say ReactOS didn’t even officially enter the Beta stage. Separately, there are many achievements: audio support appeared, bootloader is able to boot real Windows, some Windows binary drivers could be loaded and work in ReactOS, networking is being improved every day, the kernel is being actively worked on too. But all of that does not really matter for the end user. For a user it’s important that a web-browser loads websites, instant messenger client connects and works, [Microsoft/Open] Office shows documents, email client gets new messages.

This bare usability is what’s still missing, and if it continues to be like this, I am afraid our project won’t be of much use in another 10 years.

The new release will certainly bring back his lost confidence.