This morning I had a great news waiting on my feed reader – LastPass Password Manager extension for Opera has been released. That’s good news not only for the users but the browser itself since lack of support for this particular password manager was holding many users from making the switch.

LastPass Password Manager is a popular freeware password management program which was, until today, available as a plugin for Internet Explorer, Mozilla Firefox, Google Chrome, and Safari only. On repeated queries from Opera users about when support would be available for Opera, the LastPass team responded with “as soon as Opera can support LastPass, we will release it.” 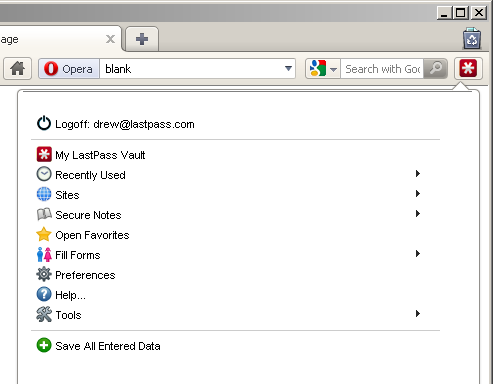 Now that Opera 11 supports extensions, the LastPass team didn’t waste time to release a LastPass extension for the browser. Given that Opera 11 is still in Beta there may be a few kinks for them to work out, but the plugin has the same functionality as the other browser add-ons.