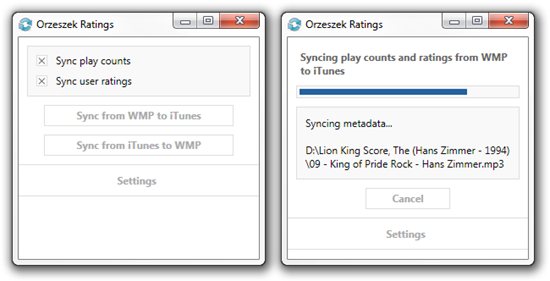 Orzeszek Ratings will only sync the ratings and play counts between files that are in both your Windows Media Player library and your iTunes library.

That means that ratings and play counts for any files that are converted when they’re added to your library (like WMA files added to iTunes) won’t be synced, since your Windows Media Player library and iTunes library are no longer referring to the same file.