Windows 7’s built in firewall is a solid firewall program and quite capable of fending off unwanted intruders but the lack of a proper interface for configuration often makes users reach out for third party firewall programs. Windows 7 Firewall Control seeks to mend this.

Windows 7 Firewall Control is a free program that converts Windows 7 firewall into a full fledged firewall program with total control on application rules, zones, port forwarding and more. Although the name implies Windows 7, the software works on Windows Vista just as well. The software doesn’t install any drivers of its own to filter network traffic. It is just a front end to Windows firewall and gives users access to settings buried deep into Windows. With Windows 7 Firewall Control, configuring Windows firewall is a snap and you will be surprised at how much Windows firewall has to offer. 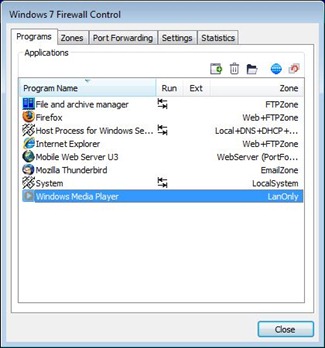 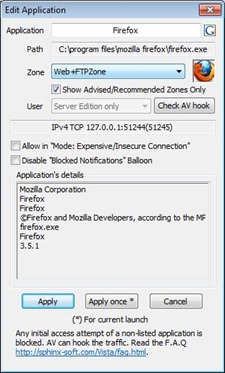 One of the first thing Windows 7 Firewall Control brings in are pop-ups whenever new programs try to access the network. By default, the program tightens Windows firewall in a very aggressive way, so that it blocks all outbound and inbound connections unless you specifically allow it to – hence those pop-ups. But once you set the rules, you won’t be bothered again.

Then there are Zones. A Zone is a set of rules that will be applied to all the programs that are configured under a particular Zone. For example, you can place all your web browsers under a single Zone so that they all inherit a set of common rules you want browsers to follow. Additionally, Windows 7 Firewall Control allows you to port forward ports easily.

All in all, Windows 7 Firewall Control is an excellent piece of software that is quite sufficient for the basic task of keeping track of what is and is not allowed to communicate on the network.