Returnil Virtual System Pro 2011 is a major update to the system protection software which was first mentioned on Instant Fundas more than a year ago. The software employs virtualization technology to protect the computer from unwanted changes made by unauthorized persons or malware by caching all changes made to the system on a virtual storage disk instead of the actual partition. That was when we reviewed the software last. The new 2011 version of the software, instead of caching the changes, virtualizes the entire operating system and discards it when the computer is rebooted. 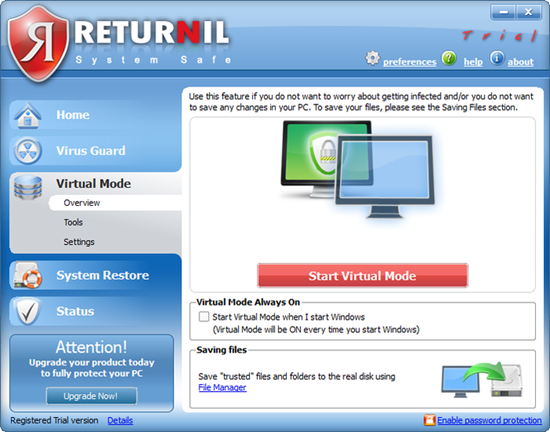 The software normally sells for $29.95 for a year’s license, but for a limited time it is available for free download. Just fill and submit the form on this page and get 1 year license key for Returnil Virtual System Pro 2011.