Early this week NASA announced that they will be holding a press conference on a major astrobiology finding “that will impact the search for evidence of extraterrestrial life.” The announcement sparked off wild speculation about discovery of life or at least signs of it on the remote planets. But the truth is much closer home. In fact, it is on this very planet we live on.

NASA has discovered a new form of life, here on Earth – a bacterium which is unlike anything currently living on this planet. The new life form found in the arsenic-filled waters of a Californian lake is poised to overturn scientists’ understanding of the biochemistry of living organisms. The microbe seems to be able to replace phosphorus with arsenic in some of its basic cellular processes — suggesting the possibility of a biochemistry very different from the one we know, which could be used by organisms in past or present extreme environments on Earth, or even on other planets. 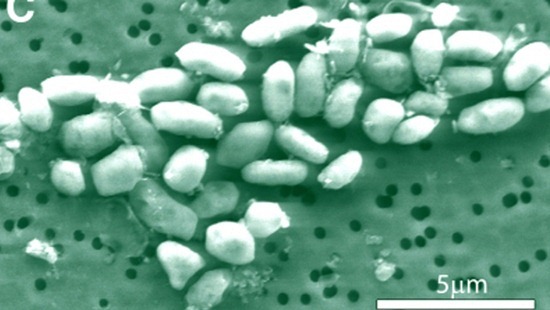 "The definition of life has just expanded," said Ed Weiler, NASA’s associate administrator for the Science Mission Directorate at the agency’s Headquarters in Washington. "As we pursue our efforts to seek signs of life in the solar system, we have to think more broadly, more diversely and consider life as we do not know it."

The discovery is amazing, but it’s easy to go overboard with it. For example, this breathlessly hyperbolic piece, published last year, suggests that finding such bacteria would be "one of the most significant scientific discoveries of all time". It would imply that "Mono Lake was home to a form of life biologically distinct from all other known life on Earth" and "strongly suggest that life got started on our planet not once, but at least twice".

The results do nothing of the sort. For a start, the bacteria – a strain known as GFAJ-1 – don’t depend on arsenic. They still contain detectable levels of phosphorus in their molecules and they actually grow better on phosphorus if given the chance. It’s just that they might be able to do without this typically essential element – an extreme and impressive ability in itself.

Nor do the bacteria belong to a second branch of life on Earth – the so-called "shadow biosphere" that Wolfe-Simon talked about a year ago. When she studied the genes of these arsenic-lovers, she found that they belong to a group called the Oceanospirillales. They are no stranger to difficult diets. Bacteria from the same order are munching away at the oil that was spilled into the Gulf of Mexico earlier this year. The arsenic-based bacteria aren’t a parallel branch of life; they’re very much part of the same tree that the rest of us belong too.

That doesn’t, however, make them any less extraordinary.