The final build of the Opera 11 browser has just been released, the Norwegian company announced in a blog post. News about the upcoming version of the least liked browser (which is quite a mystery) was announced in October. Since then several alpha and beta builds were released periodically for testing including three RC builds plus the final in just two days – an urgency we are all familiar with (early this year Opera had pushed out 5 RC builds for version 10.5 in just two days!). 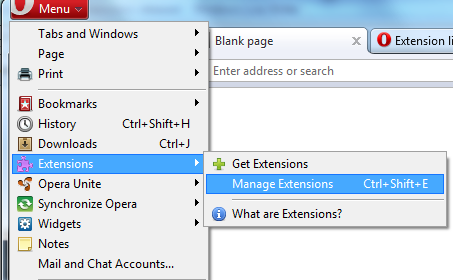 Those who are already using the pre-release builds need no introduction. For those who aren’t, here is a re-cap:

Tab stacking: Tab stacking is a better way to organize your open tabs. Simply drag one tab on top of another to create a stack. Here is a short video to introduce tab stacking: http://www.youtube.com/watch?v=5hqSGGk1YTI

Extensions: Extensions help you personalize your browser and enhance what Opera can do. More than two million extensions have already been downloaded from https://addons.opera.com/.

Visual Mouse Gesture: With the flick of your wrist, mouse gestures let you navigate back and forwards, open new pages, close tabs and so much more. In Opera 11, you now have a handy visual guide to the wonders of mouse gestures.

Safer address field: We changed the address bar, so you can make better sense of the security levels of the sites you visit. Opera 11 now displays a clear badge indicating the security level and allowing immediate, one-click access to security and trust information about the site.