The Internet is ruthless. Two years ago when George Bush had a shoe thrown at him, the unintentionally funny video became a huge Internet hit and resulted in several games where the player either assumed the role of Bush or the attacker with an unlimited supply of shoes. The financial crisis also saw a spate of new games like The Bailout Game or Bailout: The Golden Parachute. The BP Oil Spill incident gave folks another opportunity at fun and released Crisis in the Gulf, where players could use submarines and bombs to keep oil from reaching the surface of the water.

The Wikileaks episode have already started the wheels in motion. A game developer and blogger called Gnome is in the process of developing “WikiLeaks Stories collective”, a series of games which will be based on some of the actual stories revealed in the WikiLeaks cables. The blogger has even put out a call to the indie game development community to contribute to the series. 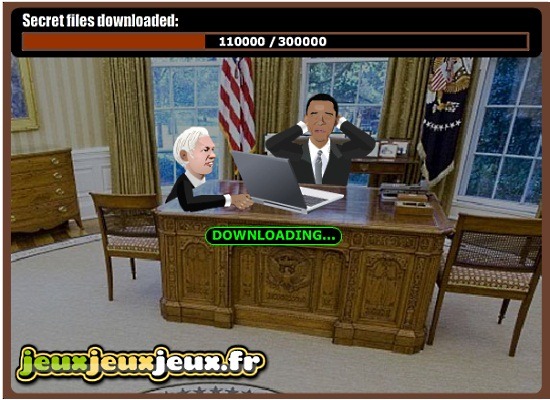 Meanwhile, Dutch developer Sebastiaan Moeys is already out with his first creation – Wikileaks: The Game. The player, as Julian Assange, must sneak into the oval office and download 300,000 classified documents from Barack Obama’s laptop using a thumb drive while he falls in and out of sleep.

Another Wikileaks inspired game Uncle Sam vs WikiLeaks comes from the popular NewGrounds gaming site. The story goes like this: Wikileaks called Uncle Sam ugly which infuriated the self respecting *cough* individual as Uncle Sam is. He goes all out against Wikileaks’ servers. You, Uncle Sam, has to destroy the servers before the servers destroy you. The game is short and pretty tough actually. I haven’t won yet. 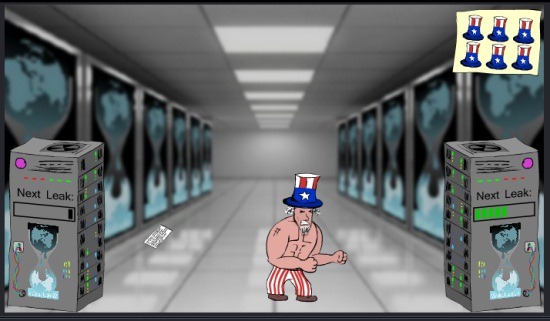