Microsoft has released a new free security application for developers and users alike, designed to catalog changes introduced to the Windows platform by installation of new software. The Attack Surface Analyzer is the same tool used by Microsoft’s internal product teams to monitor changes made to the operating system by new software.

The Attack Surface Analyzer beta is a Microsoft verification tool to highlight the changes in system state, runtime parameters and securable objects on the Windows operating system. This analysis helps developers, testers and IT professionals identify increases in the attack surface caused by installing applications on a machine. 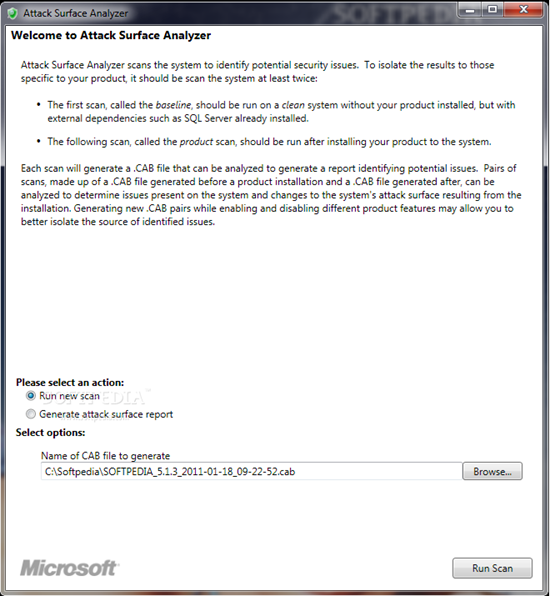 The tool takes snapshots of an organization’s system and compares ("diffing") these to identify changes. The tool does not analyze a system based on signatures or known vulnerabilities; instead, it looks for classes of security weaknesses as applications are installed on the Windows operating system.

The tool also gives an overview of the changes to the system Microsoft considers important to the security of the platform and highlights these in the attack surface report. The Microsoft Security Development Lifecycle (SDL) requires development teams to define a given product’s default and maximum attack surface during the design phase to reduce the likelihood of exploitation wherever possible. Additional information can be found in the Measuring Relative Attack Surface paper.

Some of the checks performed by the tool include analysis of changed or newly added files, registry keys, services, ActiveX Controls, listening ports, access control lists and other parameters that affect a computer’s attack surface.

Attack Surface Analyzer is supported on only 64-bit version of Windows 7, Windows Vista and Windows Server 2008.