HandBrake is arguably one of the best video converter and DVD ripping program. DropFolders enhances it by adding the automation part, allowing it to watch a folder and convert whatever files that has been dropped into it.

The watching part is done by DropFolders – an Adobe AIR application. It monitors a user defined folder and when it finds a video file in it, it loads the file into HandBrake, converts it according to a pre-defined preset and moves the converted file to the desired destination. The application interacts with HandBrake through its command line interface. The file conversion happens in the background and the HandBrake GUI never shows during the process. 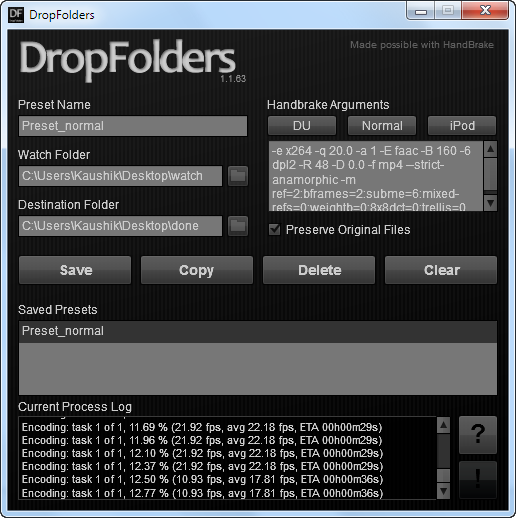 In order to start using DropFolders you have to first set up the encoding parameters. Three default presets are already set. If you want to add more and create your own you will have to dig into HandBrake’s CLI guide for assistance.