Online file storage service Dropbox has announced a contest that allows Dropbox users to gain additional free space in their Dropbox account, and win a number of other prizes. 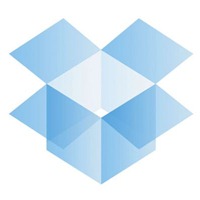 The contest called Dropquest 2011 is a multi-step scavenger hunt “that will test your wits and knowledge”. Participants are given a number of puzzles to solve that takes them bunny-hopping around the Dropbox site and the internet to find answers to the puzzles. All users who complete the contest will have the storage space on their Dropbox account increased by 1 GB.

The person who manages to complete the contest in the least time takes away 50 GB free space for life along with a Dropbox t-shirt signed by the Dropbox team. Other prizes include 10 GB, 5 GB and 2 GB free space, as well as Dropbox hoodies and T-shirts. There will also be a number of "secret" prizes thrown into the lot.

Dropquest will also be timed, and the fastest finishers will be rewarded with even more fantastic prizes.

If the questions get you stumped, you can take help from friends and family members to work out the answers. The contest will run for two weeks, so there is plenty of time, unless you are eyeing for the top reward.

Using a walkthrough to complete the contest amounts to cheating, since the prizes are all based on time of completion. I advise you to attempt to solve them yourself and only refer to the guide if you are stuck. But if listening to your conscience is not a practice you follow, then go ahead. The walkthrough can be found at this Tumblr page.