Google’s programmers often hide jokes and Easter eggs into their products to be later discovered by users. These jokes often show up at unexpected places. One that has been spotted in Google Maps involves the ‘Get direction’ feature. When you request direction between locations separated by enormous expanses of water, such as the Pacific Ocean between New York and Tokyo, Google Maps suggests that you kayak across it. 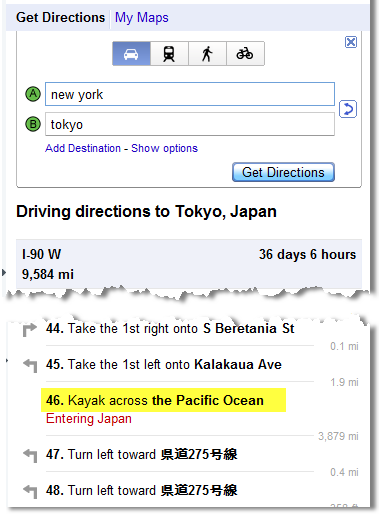