The 2011 edition of the annual Consumer Electronics Show saw an overload of tablet PCs, along with the usual collection of smart phones, laptops and others gadgets. Nearly every major original equipment manufacturer (OEM) either launched or introduced or displayed a tablet at CES. A large number of those tablets were based on Android; a smaller portion of these were also Windows based. Let us look at those tablets that stole the show at the recently concluded CES 2011. 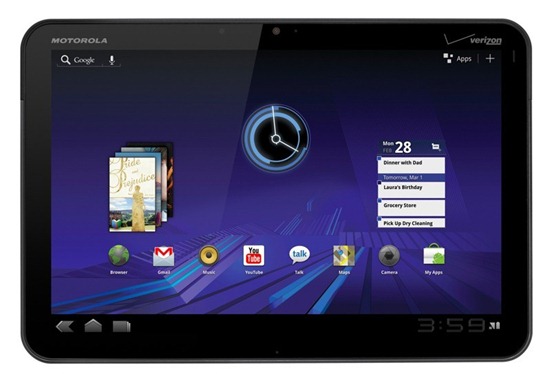 Motorola Xoom grabbed the most headlines being the first tablet based on Google’s Honeycomb (Android 3.0) operating system, and eventually was crowned the best gadget of the show. The XOOM tablet features 10.1-inch display (1280 x 800 pixels), weighs in at 730 grams, has a dual-core NVIDIA Tegra 2 processor with 1 GHz speed, contains a memory of 1GB RAM, a camera of 5 mega-pixels with video capture of 720p HD, additional camera of 2 mega-pixels, internal storage of 32 GB, supports Wi-Fi 802.11b/g/n along with 3G, 4G LTE upgradeable option and also has built-in online services support like Facebook, Picasa and Twitter. 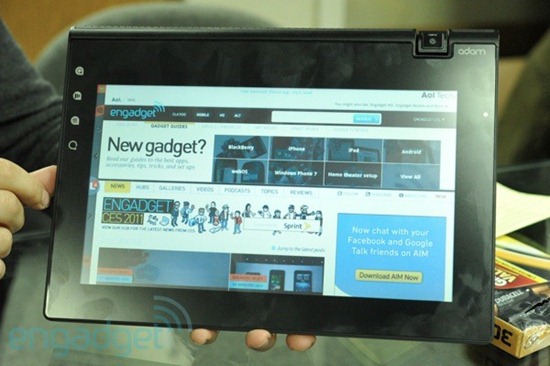 The Adam tablet from India-based start-up Notion Ink garnered a surprising amount of attention. The Adam is based on the Nvidia Tegra 2 chip and runs a heavily customized version of Android 2.3 (Gingerbread) that replicates almost everything that Google is introducing in Android 3.0 (Honeycomb. The 10.1-inch tablet boasts an optional Pixel Qi display with a resolution of 1024 by 600 pixels, including a 3.2-megapixel swivel camera and a microSD card slot. Prospective prices range from $375 to $550.

The Acer Iconia Tab A500 has a 10.1-inch touchscreen and run on the 1 GHz Nvidia Tegra 2 processor. This tablet will have Verizon 4G LTE connectivity built-in and will run Android 3.0 Honeycomb. It has a USB 2.0 port, a mini-USB 2.0 port, HDMI output port, a charging port and a proprietary dock connector. There is also a rear-facing camera with LED flash. 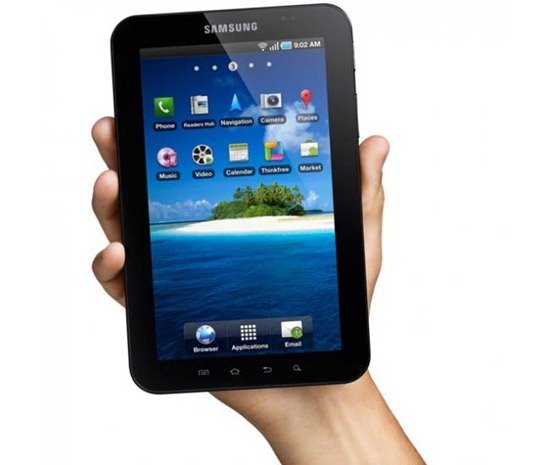 The Samsung Galaxy Tab is a pretty solid device that has already sold 1.5 million pieces by the time CES kicked off. At CES a new version of the Galaxy Tab was announced that includes a faster processor and a better camera. Most of the specs on the newer device is identical to that of the older one such as the 1.3MP front facing camera, 7 inch touch screen display, and 16GB internal memory.  However, the processor is upgraded to 1.2GHz Cortex A8 Hummingbird, while the camera goes from 3.2MP to 5MP. The tablet still runs Android 2.2. 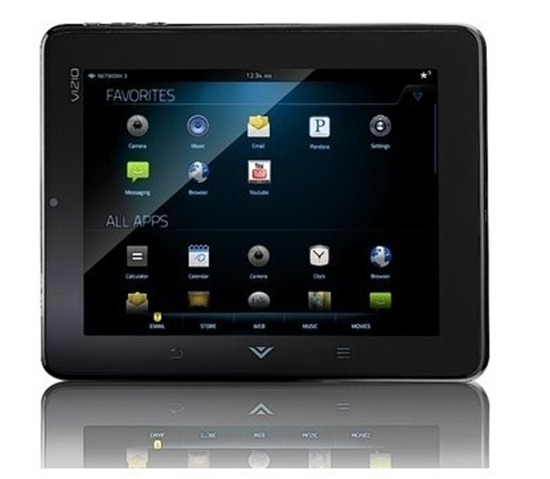 The Vizio Tablet is an 8-inch, Android-based tablet with a 1GHz processor – details about the make or model of which is not available at this time. It has 4GB of storage inside, a microSD slot, a Micro USB and HDMI port. The device also has an integrated IR blaster hidden on the top edge, capable of controlling your TV or other AV components. 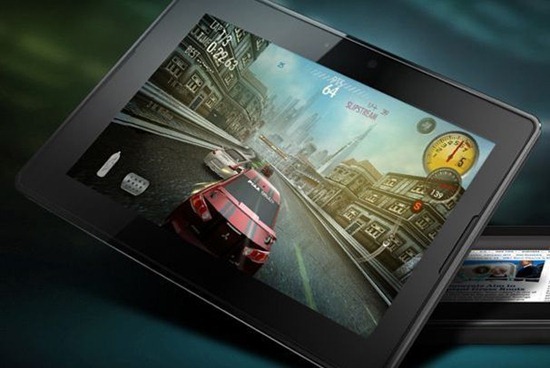 Research In Motion’s BlackBerry PlayBook is a 7-inch tablet running on a 1GHz processor and 1GB of memory, has HD cameras at the front and rear (3 MP front facing, 5 MP rear facing), and runs on the BlackBerry Tablet operating system. For connectivity it has WiFi, Bluetooth, microHDMI, microUSB and HDMI ports. 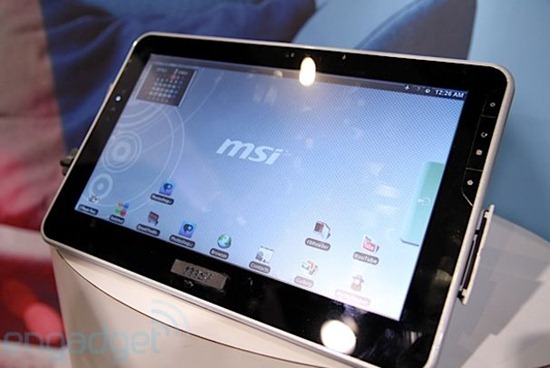 MSI showed off two tablets – a Windows based and another runing Android – due to ship within three months. The Winpad 100W tablet powered by a 1.66GHz Intel Atom Z530 processor, 2GB of RAM, and packs a 32GB SSD that boots Windows 7 Home Premium. The early prototypes sported two USB ports, an HDMI, a webcam and a SD card reader. Additionally, the device includes a G-Sensor gravity-detecting device, a GPS locator, an ambient light sensor, and Wi-Fi with a 3G option available.

The WinPad 100A runs on a ARM Cortex A8 chip from an undisclosed vendor and 1GB of RAM. Other specifications are identical to the Windows based tablet. 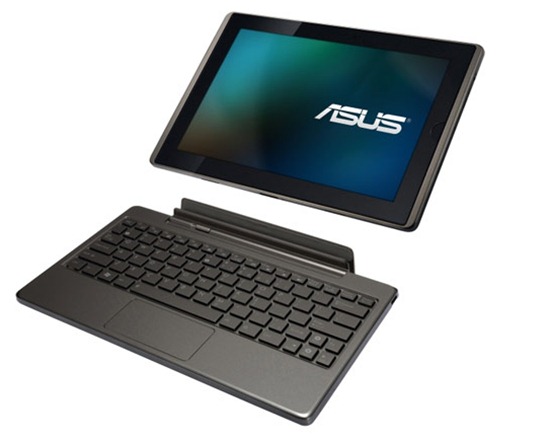 Asus showed off four tablets, each in a different form, among which Asus Eee Pad Transformer is the most eye catching one. The transformer is a 10.1 inch convertible tablet that separates from the keyboard and then locks back into it, creating a netbook-like look. It is powered by Nvidia Tegra 2 processor, 512 MB memory, and run Android 3.0 (Honeycomb). It has Bluetooth, WLAN, two cameras, an SD card reader and an HDMI port. 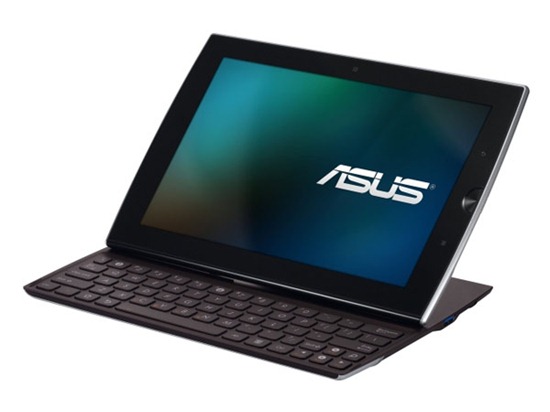 The Asus Eee Pad Slider has a physical keyboard, along with the regular touchscreen, that can be slid out of the device. It runs on Nvidia Tegra 2 processor, with 512 MB/1GB memory. Most of the other specs are similar to the Eee Pad Transformer. 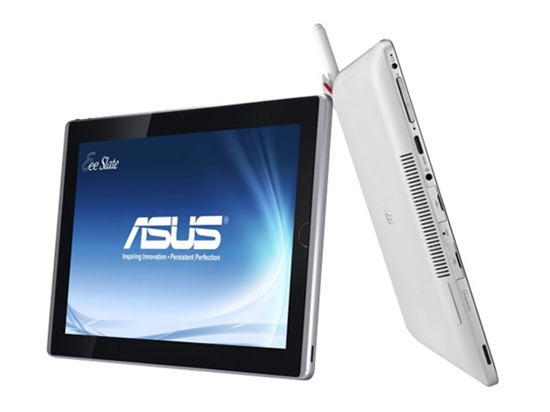 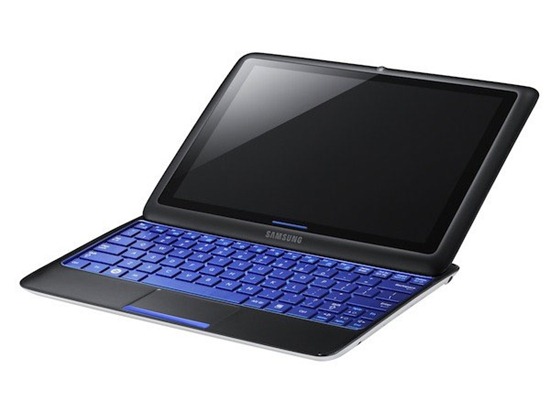 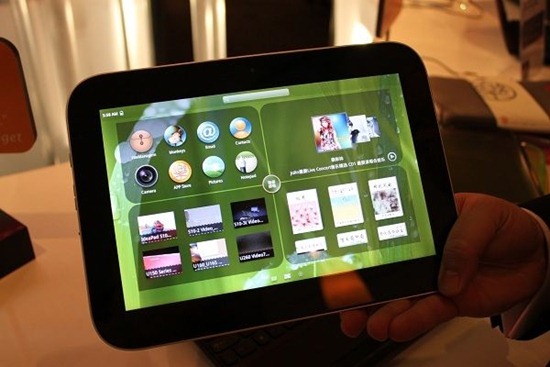 The Lenovo LePad is an Android tablet powered by a dual-core 1.3 GHz Snapdragon CPU, 1 GB of memory and 16 or 32 GB SSD. The screen has a 1280×800-pixel resolution, has Bluetooth, Wi-Fi, EVDO/WCDMA 3G, a SIM slot and a 2MP webcam.Lenovo has put a lot of work into the Android-based software, as the UI is totally custom. 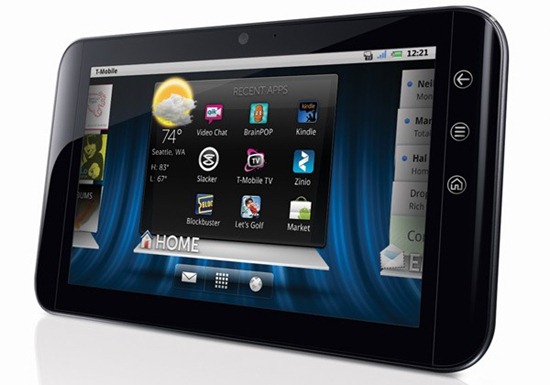 Dell Streak 7 is powered by a dual-core 1GHz Nvidia Tegra 2 processor and 16GB of internal memory. It runs Android 2.2 (upgradeable to Honeycomb) and has a 5-megapixel rear camera and 1.3-megapixel front-facing camera for video calling. 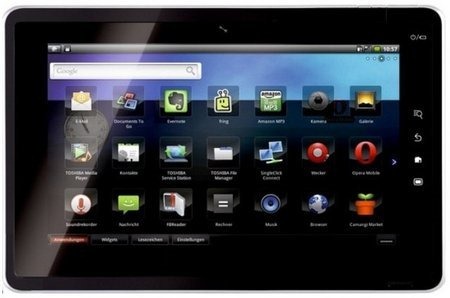 Toshiba unveiled a yet to be named 10.1-Inch Tablet powered by Tegra 2 and running Android Honeycomb. Its 1280-by-800-pixel screen will display 720p HD video, although 1080p can be pumped out through its HDMI port. In addition to dual cameras, USB and USB-mini ports, Wi-Fi, Bluetooth, and GPS. 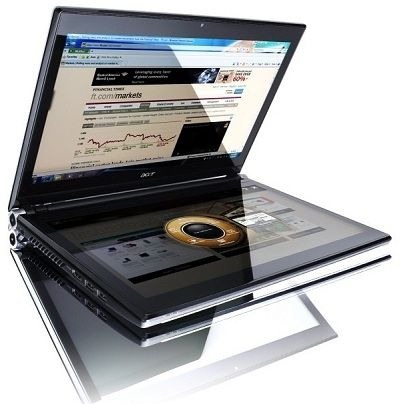