Lavasoft, the company behind Ad-Aware malware removal program, has put up a page that prominently displays all fake antivirus and rogue applications discovered till date for all to see. 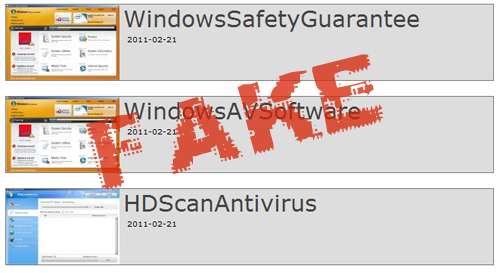 Earlier we published a list of 114 fake antivirus programs, sourced from Microsoft’s Malware Protection Center database. Lavasoft went one up with the Rogue Gallery by displaying hundreds and hundreds (may be even thousands) of rogue applications that users should stay clear off.

The Rogue Gallery, powered by the Malware Labs at Lavasoft, is a resource dedicated to keeping computer users safe from rogue security software. By providing a comprehensive database of current rogue security applications, you have the ability to clearly see what programs are considered rogue – and avoid them.

Although fake antivirus programs are easy to spot if you know where to look, millions of less tech-savvy folks get duped into installing rogue programs each year.