Internet Explorer 9 may have come a long way from the dreaded version 6, but it still needs to work on some of the basics. How about a spell checker to start with? Maybe the developers were so absorbed in beating synthetic tests and hardware acceleration they forgot that more than half of the population can’t spell.

Speckie is a plugin that brings this vital feature to Internet Explorer 9, and quite possibly, to earlier versions as well. After you install it you will have to restart IE and then, at first launch, you will have to allow Speckie to run. There is no configuration to be made, although you can download and add additional dictionaries. Speckie is also very light on resources.

As far as spell checking goes, Speckie works but is far from perfect. It detects spelling errors, alright, but does an abysmal job at suggestions. Also, the plugin is very fickle – it sometime works and sometime doesn’t. 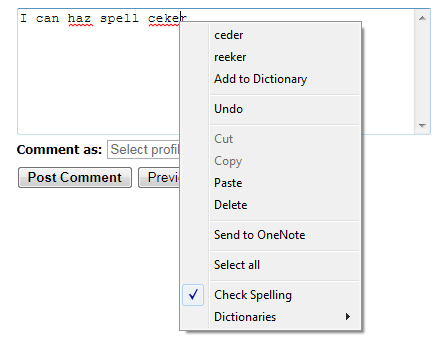 At this point, I was tempted to see how other browsers fared at spelling suggestions. This is what I found. 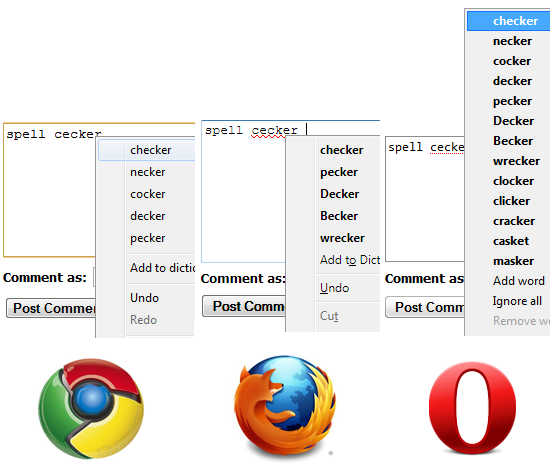 Evidently, Opera offers the richest and the most number of suggestions. Chrome and Firefox are tied.

Speckie is the worst. But something is better than noting, so go ahead, download this one.