NASA TV can be watched right in the browser by going to http://www.nasa.gov/multimedia/nasatv/. It is also available on many free Internet television programs like LiveStation, reviewed previously. Yet another way to watch it is to download the ASX stream file and open it in any streaming video player such as VLC Media Player or Windows Media Player. 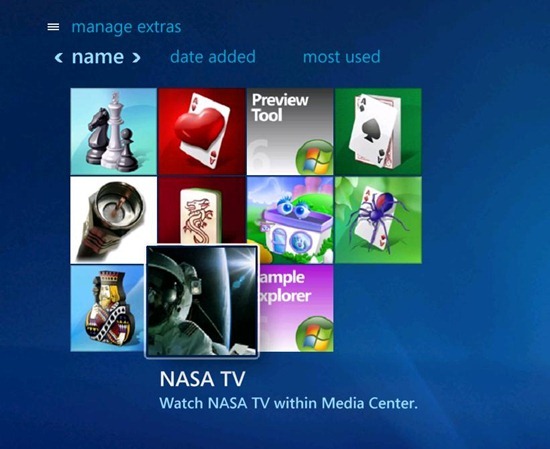 For those who use Windows Media Center for watching TV and movies, there is a plugin available – recently developed and written about at WindowsTeamBlog. The NASA TV plugin for Media Center creates a new entry under Extras library entitled NASA TV that lets you quickly watch the live feed.

This is visually more pleasing than what you get by adding the ASX stream.