When Google Chrome came out in 2008 it was the first browser to sport an extremely minimalist interface. It was the first to do away with the title bar, the status bar and integrate the address bar and search box into one. Chrome pushed browser design to the edge of minimalism and started a new trend, for good or for worse.

Today all browsers from Internet Explorer to Firefox and Opera more or less look alike, and all are inspired by the titlebar-less design introduced by Chrome. But this wasn’t two years ago.

Firefox being skin-able and extremely malleable, a theme for the browser became widely popular – Chromifox. As the name suggests, the theme was made to resemble the interface of the Chrome browser. But Chromifox is no longer developed; the last supported Firefox version is 3.6. “Due to lack of resources and support, Chromifox Basic is no longer being developed. There will be no more updates to this theme for Firefox 4.0 or later”, writes the developer on the add-on page. 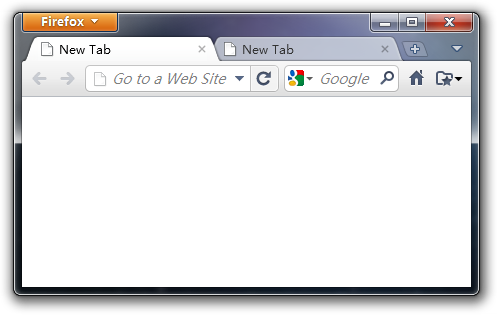 Chromifox is now replaced by FXChrome, a theme that supports Firefox 4.0b12pre onwards, and the only Chrome-like theme for Firefox 4 at the moment. Unlike Chromifox, FXChrome is a Persona theme that can be applied on top of any third party Firefox theme through a small hack described on the theme page. By combing FXChrome with various third party themes, it is thus possible to create your own unique looking theme.

Those who were using Chromifox and then upgraded Firefox 4 to find the theme doesn’t wok anymore will like FXChrome at once.