The images posted by Mydigitallife forum users demonstrates a new process list with larger buttons optimized for touch interface. The application is buggy at the moment, according to the poster, as closed programs are not removed from the list. 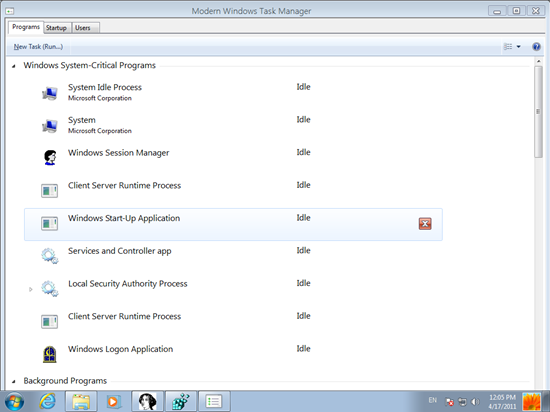 In another leaked image posted at WinRumours, show a dashboard interface that provides Windows 8 users with greater information on running processes, services and overall system resources. The new Task Manager is a combination of Microsoft’s Task Manager interface and Microsoft’s Resource Monitor. Processes are now listed in a coloured interface to demonstrate their strain on the system. 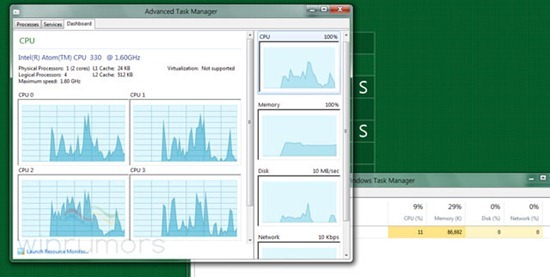 Observer how the new task manager appear under two different names in the two screenshots – in one as “Advanced Task Manager” and as “Modern Windows Task Manager” in the other. At this point it is not known whether they represent the same or different utility. My guess is that they are different programs.

WinRumours has not said whether the “Advanced Task Manager” will replace the default task manager in Windows 8 or need to be launched through a different shortcut/button.

The “Modern Windows Task Manager”, on the other hand, has to be enabled by creating a new 32bit key called "TaskUIEnabled", under HKEY_LOCAL_MACHINESoftwareMicrosoftWindowsCurrentVersionTaskUI, and setting its value to "1".

Users who have downloaded build 7850 can try this out and tell us more about it.