iVPN.net is a privately owned offshore company based in Malta that offers maximum security, anonymous VPN service with servers located in UK, USA, Netherland and France. iVPN is based on OpenVPN technology and uses strong 256 bit AES encrypted connection that is essentially unbreakable. They also offer L2TP/IPSec as an alternative for those wishing to use this service over mobile devices such as Android and iOS.

iVPN’s biggest strength is security and privacy. To maximize anonymity of user’s connection, iVPN employs an advanced multi-hop technology that routes your traffic through multiple VPN servers located in different countries. This offers significantly higher levels of anonymity because if one VPN server is compromised, all the hacker will be able to obtain is the IP address of the next VPN server – your real identify remains hidden. No logs of any kind are ever kept by iVPN. 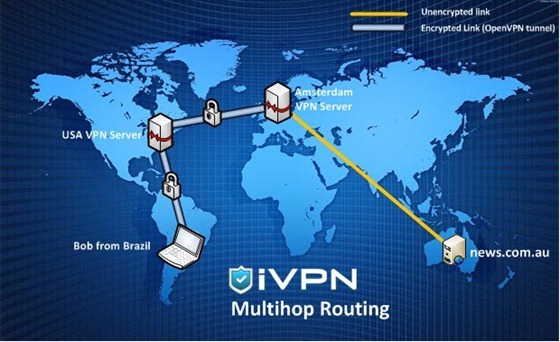 There is also no speed or bandwidth restriction. Users should have no problem streaming video, gaming online, and using VoIP services such as Skype.

iVPN accounts can be bought starting at $20 for one month and $15 if you go for month-to-month plan. Additional discounts apply if you buy for longer periods.

iVPN is offering 10 VPN accounts valid for 3 months each exclusively for Instant Fundas readers. Those who are interested in entering the giveaway may leave their name and email ID in the form below. Winners will be selected by a random draw. The contest closes on May 9, 2011.