Popular video game Angry Birds, which until now, was available only on the Android and iOS platform has finally become platform independent when the developers released an HTML5 version of the game. The game was released specially for Chrome but you can be played on any modern web browser, including Opera, Firefox and IE. The entire game is also available to play offline. 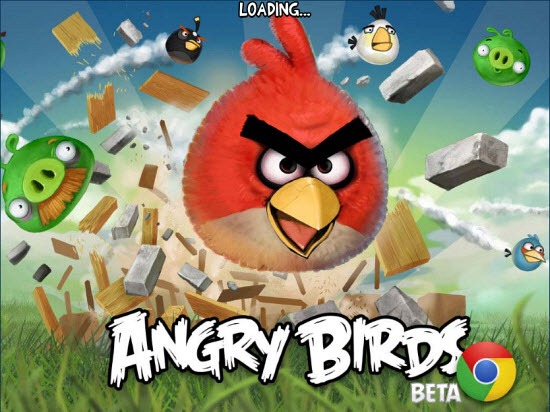 To play the game just head over to chrome.angrybirds.com and start crushing the green pigs. The game is also available on Chrome Web Store. The version of Angry Birds available on the web also have a special exclusive levels available only in Chrome. Additionally, you will be able to purchase the Mighty Eagle upgrade directly in-game as soon as Chrome’s new payments system goes live.

Just an hour after Angry Birds online went live, Web developer Wes Bos was able to find a hack that gave him access to all of the levels in the game, even the special Chrome levels.

Just copy and paste the following code into your browser’s address bar after you have opened Chrome Angry Birds.

To switch the game back to all levels locked, use this code in the address bar.

If you open up Web Inspector in chrome, you’ll see they are keeping track of your score and stars with localstorage. Lucky for us, that means we can use setItem() set all 70 levels to 3 and get access to them all.

[via The Next Web]