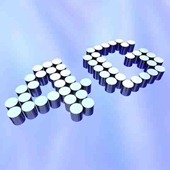 3G Smartphone’s had not even settled into their place on storefront shelves before the exciting news came, 4G was coming. Wireless internet is evolving as fast as the rest of technology, and the new hot topic is the amazing upload and download speeds which can be reached via a 4G network. There is also quite a deal of controversy surrounding this new mobile technology that has many consumers wondering exactly what 4G networks can bring to the table and which mobile service providers are offering the best networks.

There is an enormous amount of work that goes on behind the scenes in the world of telecommunications. The IMT-Advanced, or International Mobile Telecommunications Advanced, has been regulating mobile networks since their inception. They are also only part of a much bigger network of regulatory committees which has designated that a true 4G network must achieve speeds of 100 megabytes per second for highly mobile use and 1 gigabyte of stationary use.

These stiff regulations have caused quite a bit of controversy for both consumers and broadband internet providers. Many experts are even claiming that these technologies simply don’t exist on the market yet. Both WiMax and LTE, the two leading contenders of the next generation of mobile internet providers, have not quite hit this mark yet. This has led many consumers and market analysts to inquire if the next generation of 4G technology has already been found or if it has simply been a marketing ploy. Marketing ploy or not, many people are asking whether WiMax or LTE is going to be leading the way with this new technology?

WiMax has had some major support during its development. Big names such as Google, Comcast, and Sprint have all come together to form a huge network of fixed WiFi signals and fully mobile internet satellites. Nearly any device on any network can access WiMax as long as a connection is in range. There is also talk of implementing a onetime fee, and then allowing 4G access to any network at any time as long as the networks remain active, making it very promising for many consumers.

On the other end of the spectrum is the LTE network that has been backed almost exclusively by Verizon. The major benefit of LTE is the speeds which can sometimes reach as much as twice or four times the upload and download rates of WiMax. Unfortunately, the LTE networks simply cannot cover as much area as the far-reaching WiMax wireless networks. They have also been reported to receive much more interference from alternative power sources and even microwaves.

This intense level of competition is not just coming from the private sector. Governments from around the world are pushing for a global, or at least national, wireless network. This type of expansive wireless internet would be a major boon to the educational system, emergency response times, and financial transactions. It would also enable public and private corporations to more accurately protect vital information during important transactions.

While 4G mobile internet technology is nearly within grasp, it has still not quite hit its stride. In the near future, consumers will be able to access the internet at high speeds anywhere they go. These burgeoning 1 gigabyte download speeds are only the beginning and will soon be the baseline for all mobile technology. The final goal is to give all devices high speed internet access anywhere in the world, and it is all up to WiMax, LTE, and the companies backing them to make it possible.

This is a guest article written by Spencer Hogg from the website Broadband Expert where you can find more information on 4G and search through different broadband internet providers.