Google has announced Street View for India that will let you explore cities and streets around the country in 360-degree panoramic view as well as videos of select location. Street View for India is an ambitious and long awaited project – started in 2007 in the US, the project has since moved through more than 27 countries, encompassing almost the entirety of North America, Australia, Japan and majority of Europe. Last September, Street View even went to Antarctica. 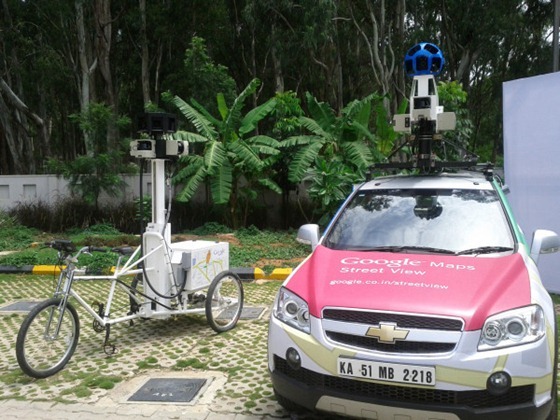 Google’s Street View cars and trikes – a specially designed three-wheel pedi-cab with a camera system mounted on top – have already started driving around Bangalore and select locations in and around the city, such as the Nrityagram Dance Village gathering images for the project. The Trike is a handy vehicle which has already collected imagery from dozens of famous places around the world, including Stonehenge in the UK, Colosseum in Rome or Legoland in California.

Once the collection process is complete, Street View will be available in Bangalore on Google Maps, allowing users all around the world to access street-level imagery and virtually explore various streets in Bangalore.

"We have got permission from Bangalore police, and are in touch with state and central governments," a Google spokeswomen told AFP. "We want to map all of the city, but anyone can complain if they are unhappy about coverage."