Imagine if you could use your smartphone to get your eyes tested in less than a minute without visiting your ophthalmologist or without access to thousand dollars bulky diagnostic machines and laser scanners? That’s exactly what a team of researchers led by Ramesh Raskar at the Massachusetts Institute of Technology has devised – a small plastic lens that can be clipped to a cell phone screen, and a software that can accurately determine a person’s vision prescription on the spot, making quick, inexpensive diagnoses of refractive vision errors a reality, especially in remote areas. 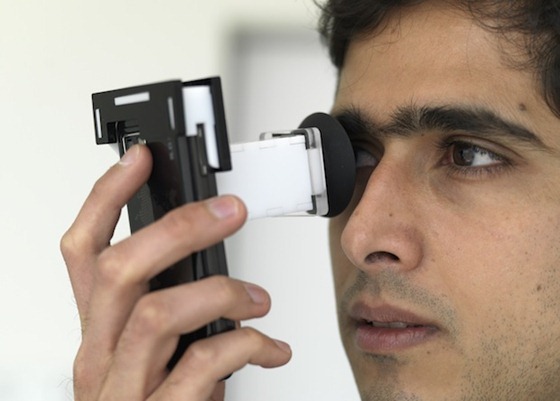 Using EyeNetra is simple. The patient looks through a lens in the clip-on device at the cell phone’s screen, using the arrow keys on the phone’s keypad to move sets of parallel green and red lines around until they overlap. Do this eight times for each eye and the software in the phone can determine your prescription. The entire process takes no more than two minutes. The set is portable, and more importantly, very cheap. The package of the device and the mobile application is available for as low as $2 (less than Rs. 100 in Indian currency).

Since it is so cheap, and portable, it can be used in villages all over the world. In India alone, about 6% of the people wear glasses, but it is estimated that about 40% of them should be wearing them. That’s 200 million people in India who don’t have eye glasses that are needed. 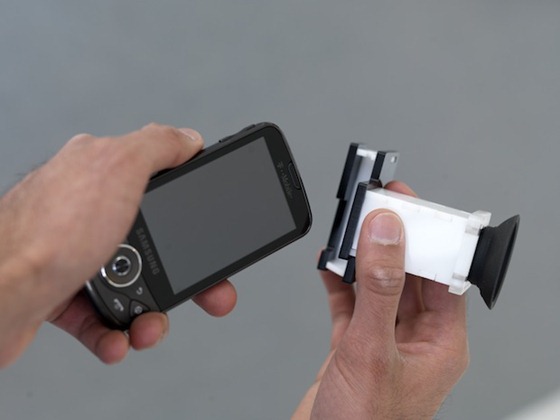 EyeNetra needs high resolution displays, but in recent years the resolutions of phones have really gone up, from 160DPI for samsung to 300+ for the iPhone 4G. User demand is driving industry to improve the resolutions of their phone. So, every time you use your phone to see video clips and take photographs, you are forcing the industry to increase their resolutions, and will indirectly end up helping people around the world get better vision through EyeNetra.

There is another offering called the Catra and as the name suggests this tool is used for testing an eye against symptoms of Cataract which is another major cause of blindness around the world. The basic idea is similar – the software draws various patterns on the screen which pass through a specific area of the lens in your eye before reaching the retina to form a clear green dot. If you have normal vision, you will see a simple green dot going around in circles. If you have astigmatism, you will see the green dot going around in an oval path. If you have cataract, the green dot will disappear at certain times as it goes round.

Considering refractive errors are the second-leading cause of blindness affecting two billion people worldwide, it shouldn’t be terribly hard to find a market. EyeNetra prototypes is already available in dozens of countries. 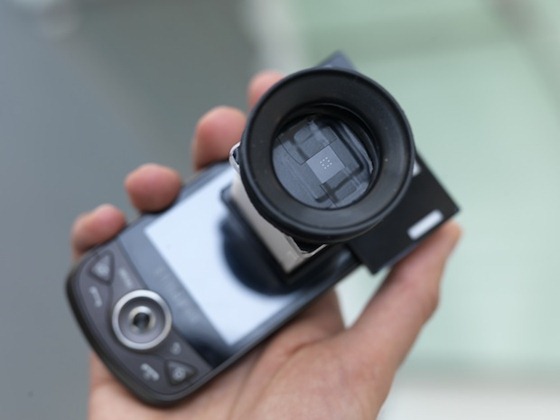