Pokki is a new application platform, starting out on Windows but could eventually move to the Mac and Linux, that brings smartphone-like app experience to the Windows desktop. Like Windows gadgets, Pokki allows you to run individual applications on the desktop – called Pokkies – that are pinned to the taskbar and can be launched quickly with a single click. However, unlike gadgets, Pokkies are built on open web technology such as HTML5, CSS and Javascript, which makes it easier for web developers to build apps for the desktop. 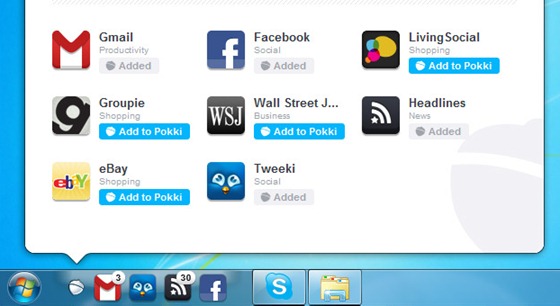 At launch, Pokki comes with nine individual apps including apps for Gmail, Facebook, Groupon, eBay, the WSJ, Living Social, and Twitter. To use Pokki, users have to install the basic framework first, but this come bundled with all Pokki apps. After you install the first Pokki app, you automatically install the framework. After that whenever you want to install a new Pokki app, just open the Pokki dashboard and click on the app name. Like smartphone apps, Pokkies give you real-time updates of the number of new messages or feeds in an account with numbers superimposed near their icons. 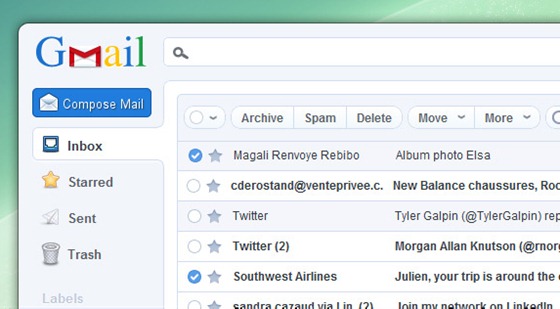 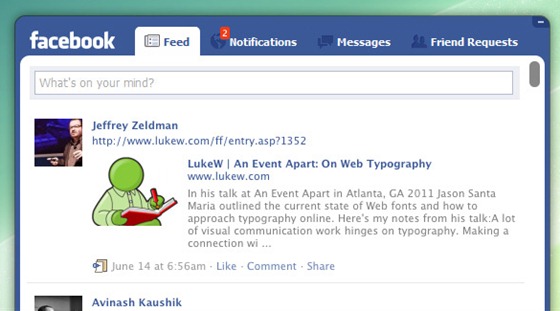 Because Pokki apps are built with web technology, many of the Pokkies can be designed to replicate the looks and functions of the original website. For instance, the Gmail Pokki app is a mirror of your actual Gmail inbox, but it doesn’t have all of that service’s latest features, like Priority Inbox and the People Widget.

The best thing about Pokki is that offers developers a platform to build Windows applications using HTML5 and Javascript. Expect to see more Pokkies in future.