A few weeks ago Facebook added video chat to the social networking site. But the move failed to create a splash because rival Google+ had launched just days before with group video chatting feature with up to 10 people. Facebook’s Skype powered video chat is just one-to-one.

Now a new Facebook app called Social Hangouts has stepped in to bring group video chat to Facebook. They have even upped the limit to 20 people. Take that Google. 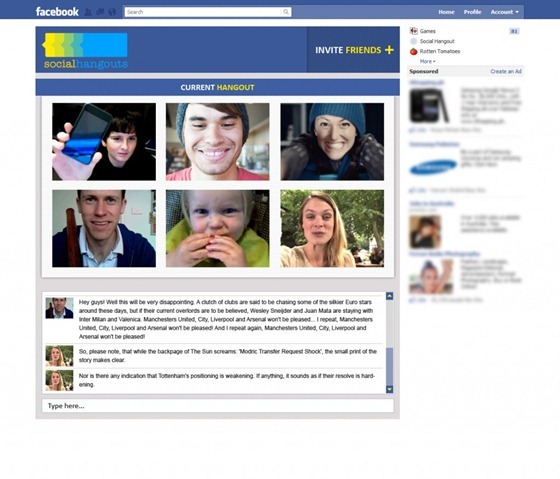 In the developers’ own words:

Social Hangouts is a simple, easy to use application; you access the app without ever leaving Facebook, invite up to 20 of your contacts from your friends list and you could all be having a live video chat in no time! This might prove to be in Facebook’s favor, who to-date has managed to stay on top due to application and developers such as these and add to its arsenal against Google+.

Once you installed the app to your Facebook account, you can choose up to 20 friends from your friends list and invite them for over for a chat.

Of course, this is not an official Facebook app but I wouldn’t be surprised if Facebook starts endorsing it.