Swimming in the soup of modern life means living online. How better to do it than with mobile broadband? What’s your device of choice and what device should you be considering if you’re getting ready to wade in?

The current crop consists of laptops or netbooks with a dongle, tablet computers and the smartphone. 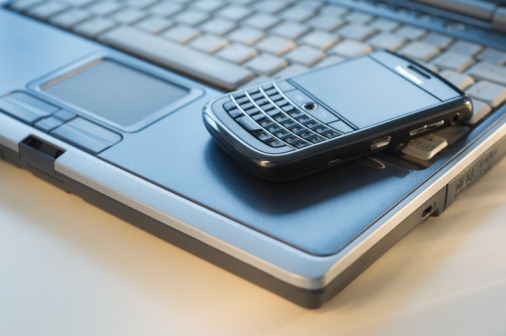 Laptops are the stalwarts of the computer age. We love them; we carry them with us all day, every day, we even accept new ones with our mobile broadband contracts. They give us both offline and online capabilities and using them to stream your favourite online radio station while completing a spreadsheet is easy.

The downside of laptops is their size and weight. Hands up all those who walk through the door put the bag carrying their 15” laptop down and mutter something about a sore back? Hands up all those who carefully position themselves at the head of the queue when boarding a train so they can claim a table for their laptop rather than awkwardly jamming their 15” into a drop-down table?

Here’s where the netbook comes into its own: smaller and therefore designed to fit into the cramped conditions of modern life, like say that drop-down tray table on the train. The downside of the netbook is in its battery life and the ‘Starter’ operating system that allows for browsing and word processing but little else.

The dongle runs the 3G network without excluding any parts of the internet. It’s small and light, adding only the power of the web to your daily load, except with connection is patchy – like, say, on the national rail network; yes, that stampede you started was for nothing.

Our next contender is the Tablet: no longer the stuff of futuristic myth; the number of brands launching a tablet in 2011 indicates that tablet computers want to lure you away from your laptop with their shiny exteriors, fancy time saving interfaces and multi-tasking optimised processors. Also running on the 3G network, their internal modems, or Micro SIM, are faster than dongles and data plans allow for higher download limits. Basically, more internet, faster.

Beware the advertising. iPad’s don’t support Flash and probably never will, so there is much of the internet that users can’t access beyond those pesky ads we all ignore anyway. Currently there are not that many tablet optimised apps and sites, so if you’ve got to have an Apple tablet, you’re only going to get what Apple gives you. The tablets running Android will give you whole internet, but battery life is an issue.

At between 7 and 10.1” the tablet is light and easy to carry – and no more sore back – as tablets are geared towards cloud storage.

The smartphones place is in a crowd. It gives you instant access to the web, your social media channels, sports scores, your bank balance, you fitness goals, meal ideas for tonight’s dinner date and much more. It also offers you discretion. Probably the biggest drawback of the smartphone is the bandwidth offered on the 3G network. You’ll get more through the dongle and the Micro SIM.

So, these are the contenders, but what is the ultimate portable internet device? I’m not sure it exists yet. If you’re online and on the move throughout the day, you’re probably using a combination of two: smartphone and laptop/netbook; smartphone and tablet. What are devices of choice? And what do you think the ultimate portable internet device should have?

This guest article was contributed by Marie-Paule Graham who writes on behalf of Broadband Genie, the independent mobile broadband comparison website for the latest in netbooks, tablets and smartphones.