The Natural Resources Defense Council has found that the most energy draining piece of equipment in most homes are the digital video recorder and set-top box, with some typical home entertainment configurations eating more power than a new refrigerator and even some central air-conditioning systems.

According to a published report, a high-definition DVR and one high-definition cable box use an average of 446 kilowatt hours a year, about 10 percent more than a 21-cubic-foot energy-efficient refrigerator. These set-top boxes are energy hogs mostly because their drives, tuners and other components are generally running full tilt, or nearly so, 24 hours a day, even when not in active use. 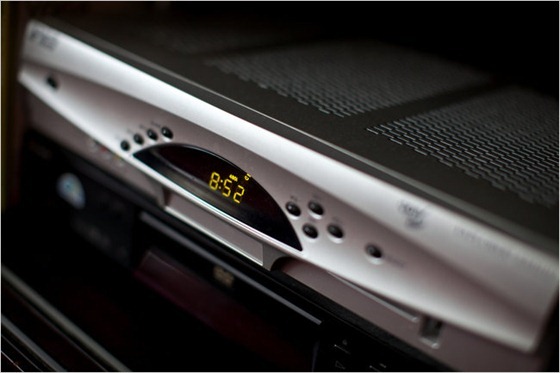 The study reports that it costs American consumers more in electricity bills per year when they’re not using their DVR and set-top box than when they are. The study concluded that the boxes consumed $3 billion in electricity per year in the United States, of which $2 billion is wasted when no one is watching and shows are not being recorded.

The group estimates that there are 160 million set top boxes currently installed in U.S. homes, and together they emit 16 million metric tons of carbon dioxide every year.

The problem with these set-tops is that do not have a low-power mode, like a cell phone or a laptop. Hitting the "off" button will typically dim the clock or display, but will not actually turn the device off or even reduce a significant amount of power that it’s using in "sleep mode." So even when we think the boxes are off, they drawing the same amount of power.

Fixes for this exist, but they are not implemented because neither energy efficiency is a top priority for manufacturers, nor it is being made mandatory by regulators. In fact, cable boxes are not designed to be turned completely off, as cable operators often do updates at night, so they would rather keep the devices on at all times. Meanwhile, consumers don’t want to wait a long time to "boot up" up their TV or lose out on the ability to record shows.

Although the study was conducted on American homes, the findings could be applicable on other countries as well as, since set-top box manufacturers are largely the same in most countries, Cisco, for instance.

The voluntary EnergyStar program is set to address set-top boxes and DVRs in the near future, but changes to consumer behavior is needed to pressurize cable or satellite companies to take responsibility for the energy that these set-top boxes use and find a way to better product design.