Online gaming has long been a favorite pastime for people on the Internet. Facebook made games more accessible and the social element – the ability to share and invite friends for a game – made it attractive. Today, a large number of users login to Facebook just to game.

When Google launched the Google+ Project, it was certain that games would have to be added if they want to compete with Facebook. On Thursday, Google announced the arrival of games on Google+. 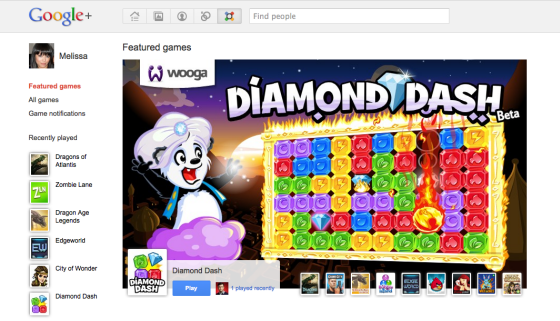 Like all new features, this is being rolled out in stages. Those accounts that have access to it, will see the games button at the top of their stream. Users can see the latest game updates from their circles, browse the invites they’ve received and check out games that people they know have played recently. The Games page is also where your game accomplishments appear. Users have the ability to share their latest high score which they can share with only the circles that they are interested in sharing with.

Users who are not interested in games, can easily turn it off, and they won’t be disturbed about games related notification and updates.

Google has worked with a few high profile developers to get a respectable stable of games ready to go at launch. Some of the better known titles include Angry Birds, Bejeweled Blitz, and Diamond Dash.

The Games page will be rolling out to all users in the coming days.