Google has added a new feature called Preview Pane through Labs, that allows you to split Gmail’s inbox into two panes – one shows you a list of messages in your inbox, and the other shows you the content of the selected message, just like in an email program such as Microsoft Outlook and Mozilla Thunderbird. So if you are mostly a desktop email program user, you will find Gmail’s inbox easier to manage once you turn on the Preview Pane.

After you enable Preview Pane from the Labs tab in Gmail Settings you’ll see a toggle button in the top right corner of your message list, which lets you switch between preview and list views. 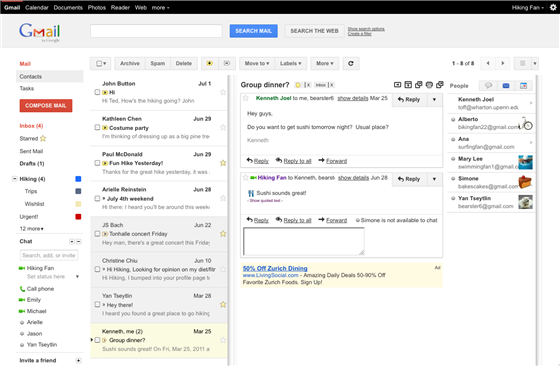 For those of you who have more vertical space you can also move the preview pane below your message list. You can enable this using the dropdown arrow next to the toggle button: 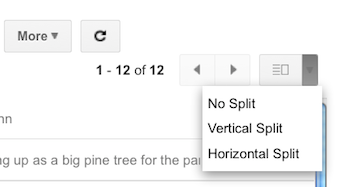 By default there is a 3-second delay in marking a conversation as read after previewing it. If that doesn’t feel natural to you, you can change the timing in the General tab of settings:

You can remove the new layout by using the toggle button without having to disable it in Labs, just so you decide to use it in future.