Last May, Google launched an experimental new tool on Google Labs which enables you to find queries whose search trend over a period of time is similar to a target data series. The target can either be a real-world trend that you provide (e.g., a data set of event counts over time) or a query that you enter. Recently, Google Correlate was graduated from Labs to become a feature on Google Trends. Additionally, Google Correlate now has its own Labs, and the first Lab tool is a fascinating one called ‘Search by Drawing’.

But with Search by Drawing, user could draw a graph and get queries whose data series follows a pattern similar to the one drawn. Go to Search by Drawing, and draw a free hand graph using your mouse and click on the Correlate button. 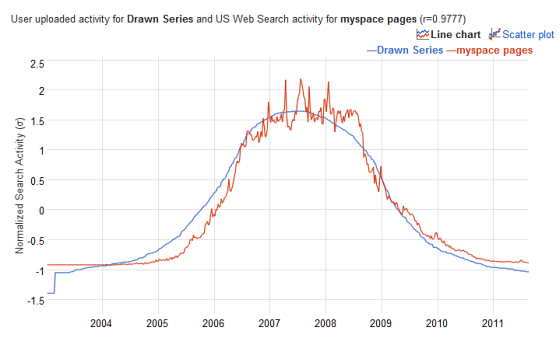 In the example above, I drew a frequency distribution like graph (shown in blue) and Google Correlate came up with the term “myspace pages” whose search trend best matches my drawing. You can see that Myspace popularity reached a peak during 2007-2008 before dropping, rather abruptly, starting mid-2008.

The fun is when you draw popular graphs and get search trends results. Some Reddit users have managed to get interesting, sometimes funny, results, such as the asymptote. 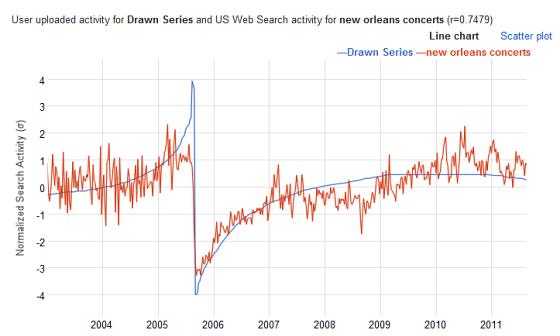 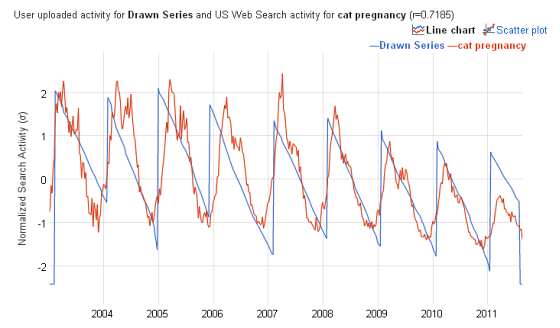 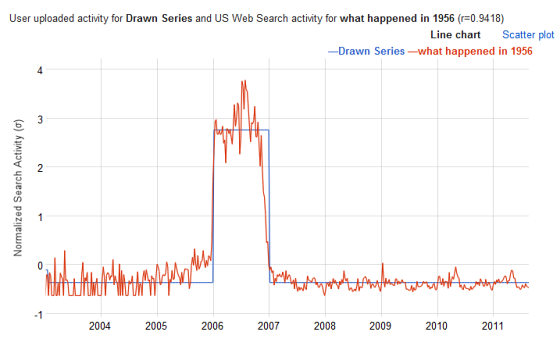 If you are statistics junkie, you will love Google Correlate.