If This Then That is an incredibly clever new tool that lets you automate interactions between dozens of Web services you use in ways you never thought is possible. The service functions on the simple logic of “if this, then that”. The user is allowed to program the “this” part, which is the trigger, and the action – the “that” part. By carefully and ingeniously choosing both you can create tasks that ranges from the mundane to the bizarre and useless.

For example, you can create a task that automatically saves all pictures you post to Facebook to your Dropbox account. Or you could create a task that monitors a RSS feed and whenever certain terms are mentioned you could get an SMS. Or you may automatically post to Tumblr when photos with specific tags are uploaded to Flickr. How about getting a voice call on your cell phone when the weather forecast predicts rain the next day? This and an overwhelming number of different things are possible with If This Then That.

The basic workflow is to choose a service from a list of channels, which include popular web services like Gmail, Tumblr, WordPress, RSS, Delicious, Instagram, Last.fm, Twitter, Craiglist or more general tasks like phone calls, SMS or time-based actions. Once you have the “this,” the next step is choosing a trigger. Triggers vary according to the “this” you’ve selected. After you have your trigger set, you add the “that” portion which consist of the same channels you saw in “this”, but now instead of triggers you choose actionable tasks.

The best part is once you have created a “recipe”, you can share it with others. Users have shared thousands of “recipes” till now that does great many things. For instance, these is one that will send Google reader starred items to Readability, and another one that will archive all of your old tweets in Evernote for later review, and yet another recipe that will automatically populate your Google Calendar with a current schedule of film releases.

About 30 different web services are supported and many more could be coming in the future. 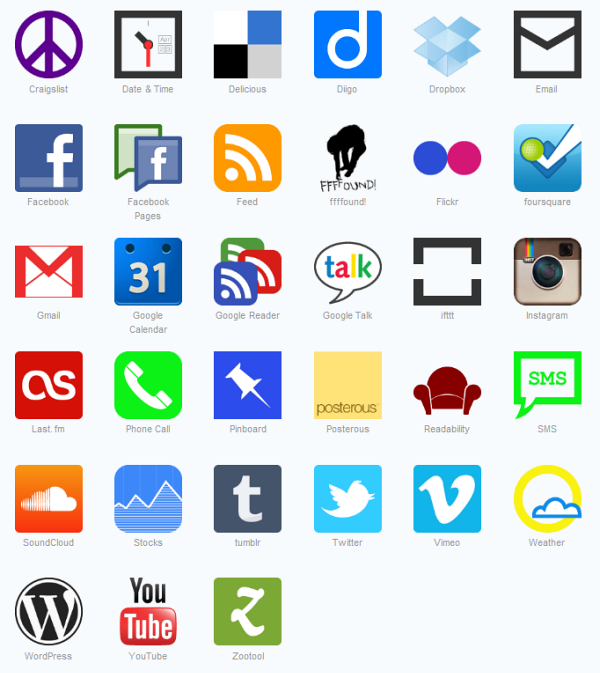