David Braben, a well-known game developer best known for the 1980’s hugely popular video game Elite, is currently spearheading a foundation called Raspberry Pi to mass produce an ultra cheap, super small computer. Raspberry Pi, that is scheduled to be released next month, is a computer that you need to get excited about because it delivers in two keys areas – price and size. Previous attempt to miniaturize the computer and make it affordable were more or less a failure. The One-Laptop-Per-Child project hasn’t been able to keep the prices down and the $35 Indian tablet is not exactly a computer. But Raspberry Pi is, and it’s small. 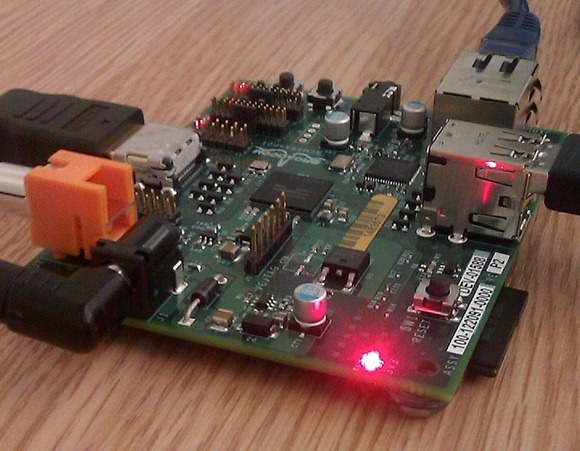 The Raspberry Pi is about the size of a credit card and comprises a 700MHz ARM11 processor, 128MB to 256MB of RAM, removal SD card as storage, HDMI, composite port for video, 3.5mm audio port, and USB 2.0. There’s also a general-purpose I/O slot that can be used to attach peripherals like a camera or wireless module. The $35 model comes with onboard wired Ethernet.

By connecting a mouse and keyboard through a USB hub and a monitor to the HDMI or composite port, you get a full functional PC offering modern web browsing experience, office tools, printing, movies and games. Few months ago, the Raspberry Pi team demonstrated the computer’s capabilities by running Quake 3 in 1080p with 4xAA.

The computer will run Linux, possible Ubuntu but it can also be Fedora or Arch Linux. Who knows, it might even run Windows 8, given Microsoft’s next operating system aside from supporting ARM architecture is extremely power efficient and has been shown to run on limited RAM.

On a related news, a Norwegian company FXI Technologies is offering a competitor called Cotton Candy as tiny as a USB stick. Inside, is a 1.2GHz ARM Cortex A9 processor, 1GB RAM, an ARM Mali-400MP GPU, Wi-Fi, Bluetooth, HDMI, USB 2.0, and a Micro SD card reader supporting up to 64GB cards. Cotton Candy will run on Android 2.3.

However, Cotton Candy will have a much higher price tag of “under $200”. FXI says that they are developing prototypes to send out to PC manufacturers but that we likely won’t see any PCs with this compact design before the second half of 2012.