TweepsMap is a new tool launched under Microsoft’s BizSpark initiative for startups that lets you see exactly where your Twitter followers are coming from around the globe. To do this, TweepsMap links to your Twitter account, analyzes your followers and provides a map or chart that shows where they’re located by country, state or city. 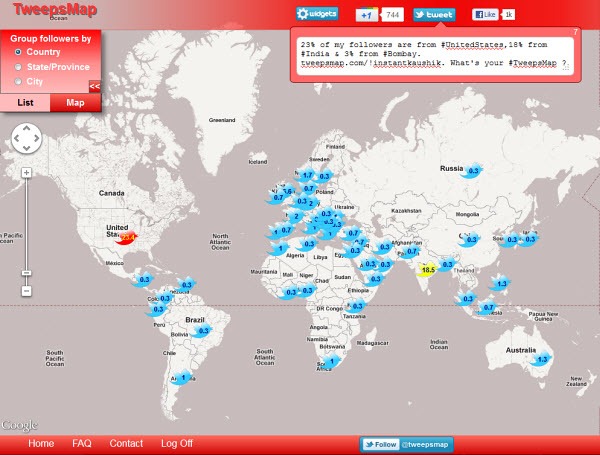 The data about user location is collected from the your followers’ Twitter profile.

One of the challenges with TweepsMap is that less than 10% of Twitter users do not add accurate locations on their Twitter accounts, says Samir Al-Battran, founder of TweepsMap. Most users only add their country or state instead of their residing city. That’s why most of the Twitter birds on the TweetsMap represent the number of followers in a country rather than in a city.

“For individual users, TweepsMap is a fun tool to check out the distribution of their followers and share them on Twitter,” says Al-Battran. “For larger organizations, the goal of TweepsMap is to help them measure the effectiveness of their campaigns.”