Does the battery of your Android device lasts 8 hours? No? Then you can’t play even one round of Desert Bus, but that shouldn’t prevent you from picking up the most notorious game from the Android Market. 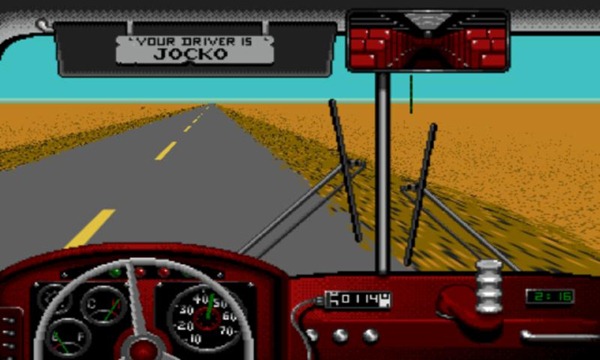 The objective of the game is to drive a bus from Tucson, Arizona to Las Vegas, Nevada in real time at a maximum speed of 45mph. The feat requires 8 hours of continuous play to complete, since the game cannot be paused.

The bus contains no passengers, contains little scenery (an occasional rock or stop sign will appear at the side of the road), and there is no traffic. The road between Tucson and Las Vegas is without exception completely straight but the bus veers to the right slightly, as a result, it is impossible to tape down a button to go do something else and have the game end properly. If the bus veers off the road it will stall and be towed back to Tucson, also in real time. If the player makes it to Las Vegas, he will score exactly one point. The player then gets the option to make the return trip to Tucson—for another point (a decision he must make in a few seconds or the game ends). Players may continue to make trips and score points as long as their endurance holds out. Some players who have completed the trip have also noted that, although the scenery never changes, a bug splats on the windscreen about five hours through the first trip, and on the return trip the light does fade, with differences at dusk, and later a pitch black road where the player is guided only with headlights.

In recent years, the game was popularized by Loading Ready Run’s annual Desert Bus for Hope event where they organize marathon playing session for charity. The game which is now available on Android and also on iOS sell for $0.99; all the proceeds goes to charity.

You can also play the game online for free.