The Android Market has hit 10 billion downloads and to celebrate Google is making several apps available for a dime. Each day, starting from December 6, ten "premium" apps will be sold for just $0.10 each. This will continue for the next 10 days, and each day will feature 10 new apps so that at the end of this promotion you could be richer by hundred paid apps and lose only $10 in the process.

The promotion has kicked off with the following ten apps: 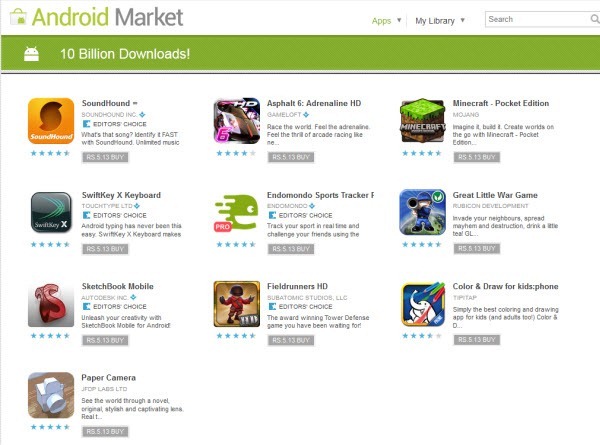 Half of them are not bad, if you love games, and at least one of them is pretty useful – Swiftkey X.

For the record, Amazon does daily deals in its Appstore too and so does Getjar whose deals last a week.