2011 was an amazing year for technology. In spite of grim economic conditions and fiercer competition, several startups and new inventions have made a huge impact and continue gain attention. Even veterans like Groupon and Facebook had some shining moments with acquisitions, new features and reinventions.

This top 10 list combines resources, services and tools that have attracted considerable buzz and influenced trends that will be seen well into 2012. They have successfully done something a little bit different to make their product stand out. Without further ado and in no particular order: 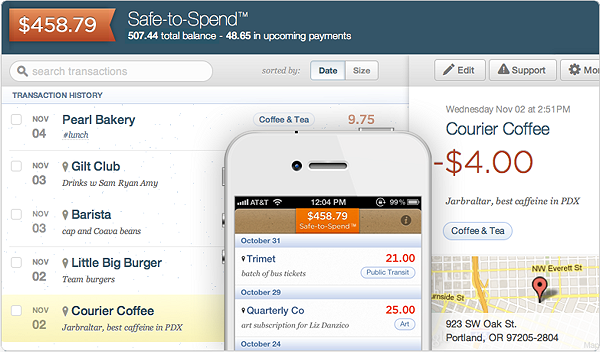 Set to launch in 2012, Simple is a revolutionary new idea in finance born from the Occupy Wallstreet movement. It positions itself between the bank and the customer, removing the fees an bureaucracy in favor of a streamlined customer service experience and sophisticated set of web and mobile tools. By partnering with Visa, Simple customers will also have access to fee-free ATMs worldwide and endless online shopping possibilities. 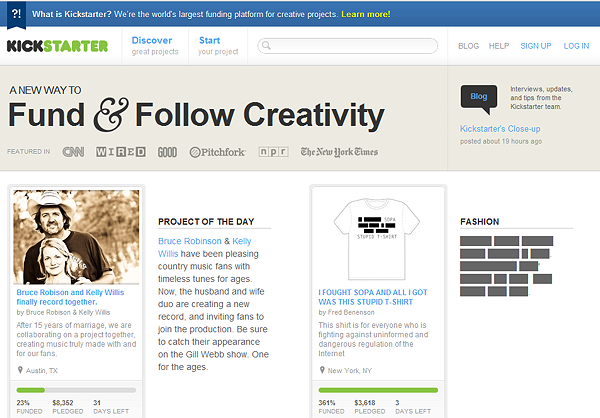 Kickstarter took off in big ways in 2011, using their innovative crowdsource community to fund hundreds of amazing projects and startups, including some on this list! With the help of good old-fashioned word of mouth advertising, media mentions and their incredibly high rate of return, Kickstarter has gone from a little web service hardly anyone heard of to the largest funding platform in the world. 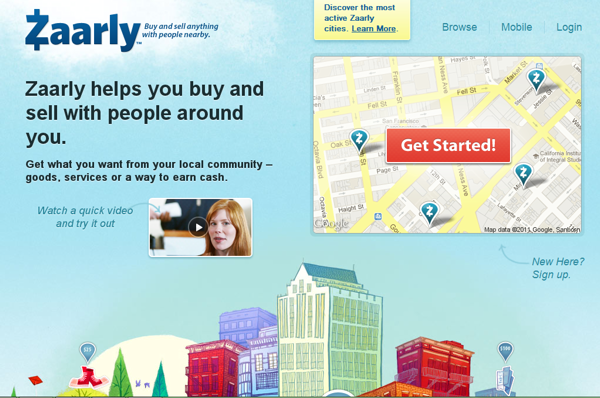 This marketplace for real-time requests, like beer pick-up or emergency repairs, caught the eye of U.S. celeb Ashton Kutcher in early 2011 and has enjoyed huge success ever since. Currently only available in certain U.S. regions, expect Zaarly to expand rapidly in 2012. 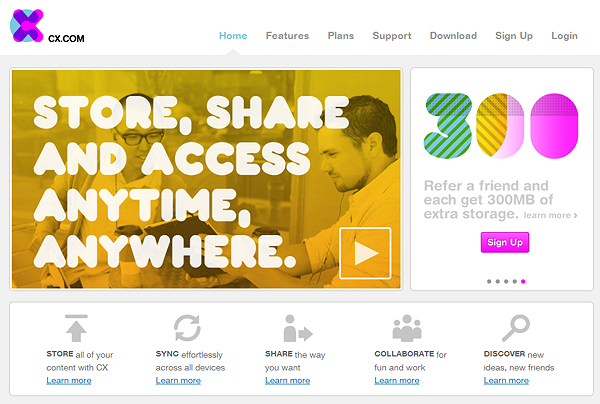 On the heels of the success enjoyed by Dropbox this year, CX has emerged as a fresh and formidable competitor in cloud storage. They have improved on space, speed and service with a free or very low cost premium, and offer what some consider to be a better app for both desktops and mobile. You get a full interface with CX and a few more file management features, and can earn extra space with referrals. 2012 will see the launch of their Android suite and determine if they can keep up with the demand and popularity they are swiftly winning. More on CX. 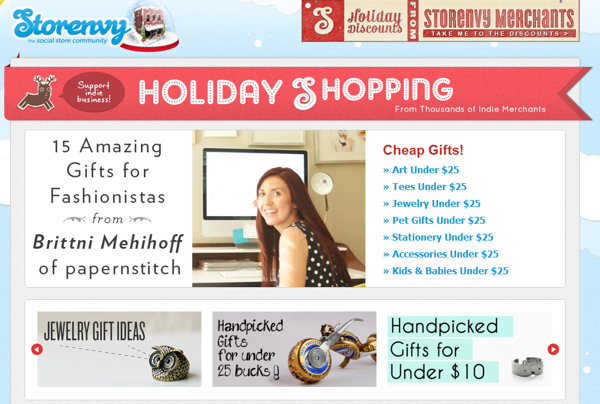 Social Shopping was a continued trend in 2011, trying to keep up in the wake of growing demand for mobile payment innovations, and as a result there were tons of new shopping services and websites. Fab.com has received a lot of media attention for their high-fashion approach to live streams and community curating of product picks, but Shopenvy is the one to watch for 2012 when it comes to practical use for both entrepreneurs and shoppers. Their slick and inexpensive platform connects shoppers and fans of any particular style or goods with shop owners, who can operate their own custom shops. Products are also fed into sponsored shops, the main Storenvy storefront, and partner sites. 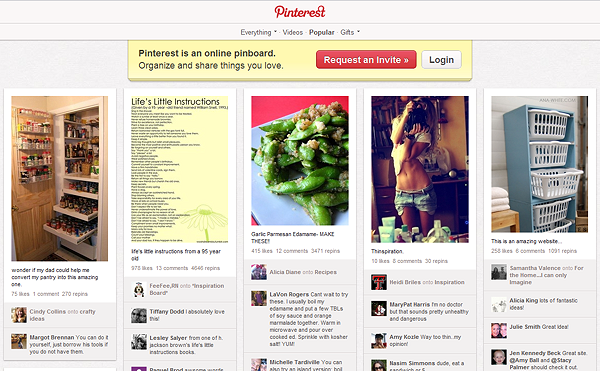 Social bookmarking site Pinterest actually launched in 2010 but didn’t see much life until the very end of the year when it got a big media push brining in a few hundred thousand new visitors. Through 2011, Pinterest has finally gained momentum, inspiring sites like Delicious and Quora to update their formats. Where Pinterest attracts users away from similar sites like Delicious and Imgur is in the super-slick bookmarklet and straightforward purpose of image bookmarking. The unique layout offered to user’s profile pages is also a huge draw, merging the best of bookmarking with the micro-blogging power of social networking. They’ve kept up a high level of content quality through an invite-only sign-up process, but expect new invites to gain momentup and spread through next year. 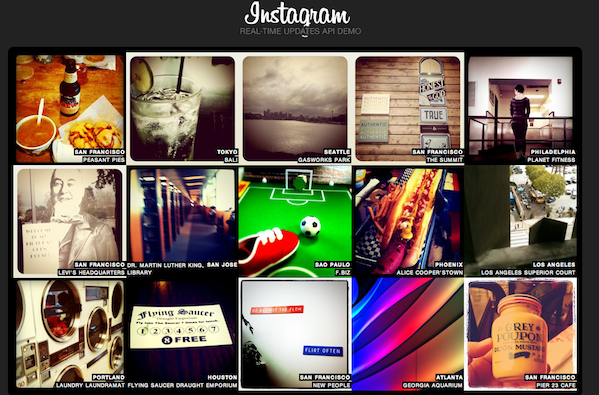 Instagram has been a staple for iPhone users for some time, but 2011 was the year their super-hip app really broke out, becoming a fully-fledged internet community and social-media sensation. According to Business Insider, Instagram reached 10 million downloads in half the time of Foursquare, which has a much larger staff and a lot more venture capital. They created a Twitter-esque stream to showcase global activity, added tons of social syndication features, updated the mobile app and have become the most popular mobile photo app in existence. It is easy to predict that Instagram will likely try out other markets with an Android or Windows app in the near future. 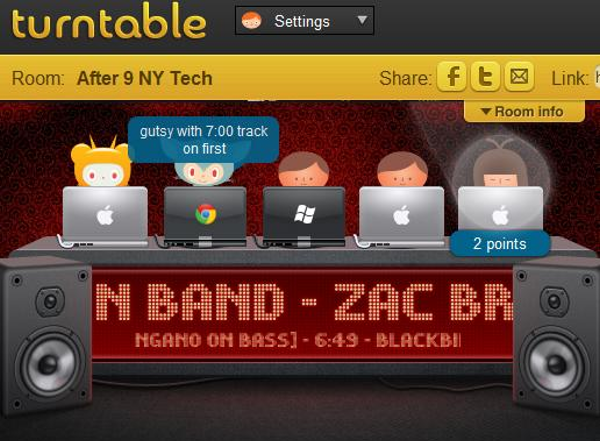 Turntable.fm completely innovated delivery of digital music recommendations in 2011 by melding streaming music with an interactive social application that allows groups of users to share music playlists, chat and battle each other in DJ duels. According to Business Insider, Turntable was able to raise 7 million over the summer to keep the service alive, helping propel it into 2012 as one to watch.

Google had a huge year for changes in 2011, completely re-inventing several of its applications with new features and a much-needed facelift. Google+, the giant’s social network experiment, went from a small beta test “concept” to a full-fledged success in under 3 months. Picasa images and Google docs got an additional boost as a bonus. 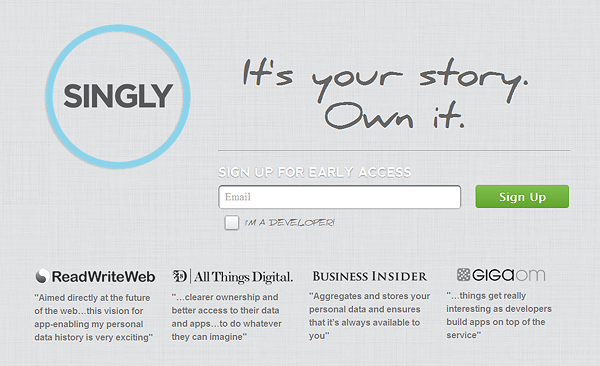 Probably the most exciting new web-tech to unveil itself this year, Singly aims to provide users with a digital locker for collecting all of their personal data from anywhere on the web. It will aggregate Tweets, blog posts, shares, photos and other snippets and give you a nifty interface for organizing it. It also gathers all of your contacts and news streams into one place. Sound to good to be true? Singly is currently rocking it’s developer beta, making excellent use of their multi-million dollar budget and will be open to the general public in 2012.