Those who missed out on Hewlett Packard’s fire-sale of TouchPad tablets earlier this year, in which the ill-fated webOS devices were sold for as little as $99 following the company’s decision to discontinue all current hardware devices running webOS, will get a second chance. An internal HP memo intended for employees revealed that the company will be selling refurbished TouchPad on HP eBay store starting Sunday, December 11th at 6:00 p.m. Central time. A $79 accessory bundle will also be available, which includes a case, charging dock and wireless keyboard. 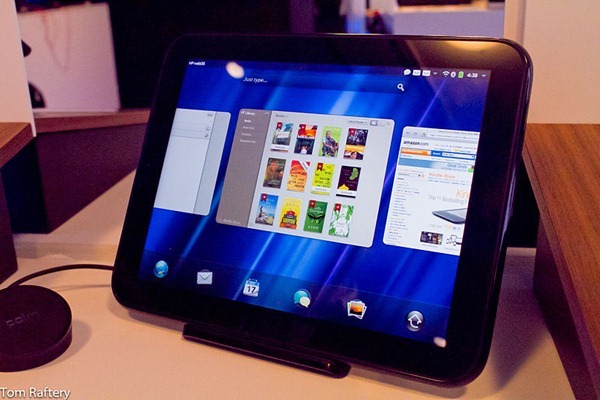 TechCrunch has some more information about the sale:

The refurbished 16GB and 32GB models will be available in an unannounced quantity. Sales will be limited to just two SKUs per ebay member and PayPal must be used to complete the transaction. All sales are final and the product only comes with a 90-day warranty.

It was revealed that the TouchPads will be available starting at the aforementioned 6:00 p.m. time but the public announcement will not be made until a little later, allowing employees first shot at the discontinued tablet. If you want one of these beauties, be sure to be ready at 6 PM because these are going to disappear fast. Why? Because it’s the best bargain you can get. Just look at the hardware:

Install Android on it and you will have converted it into a powerful tablet for a fraction of the price.

The TouchPad was launched last summer and just weeks later, HP killed off the webOS program, and HP started selling off the inventory at throwaway prices. Ironically, the TouchPad sold out rapidly once it was canned and heavily discounted becoming the second best selling tablet of the quarter behind the iPad.